As I mentioned previously the most recent pipeline re-route made one small change in West Amwell. It was originally slated to go diagonally across the horse farm across the street, cross Hewitt Road, go through an open field and then hook up again with the power line easement.

They changed that route because the open field was not actually an open field, a house was built there in the past year. So they re-routed to avoid the new house. In doing so they’re now routing to the east of the horse farm through a heavily wooded area, crossing Hewitt Road and then going very close to my neighbor’s house and my house. A picture says a thousand words so here’s the old route vs. the new: 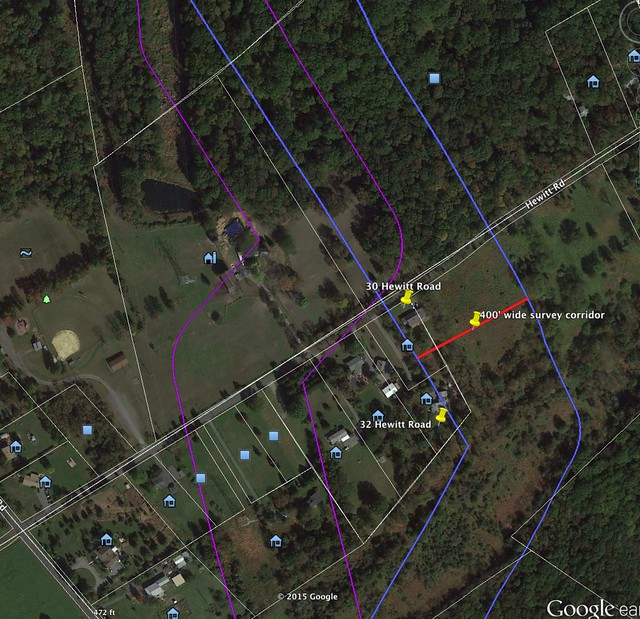 After the survey folks said they found a bunch of cool stuff to the North east of Hewitt I went back to see what sort of goodies there were. This shows the terrain the new route will be going through that PennEast believes is superior.

Old road behind Hewitt Road
As I mentioned in another post an old road was found behind the houses on that side. Originally people thought might have been a cobble stone road from the 1700s but the archeologists were not able to substantiate that. They speculate it still could have been a road dating back that far, possible used to access the stone quarry holes in the area. 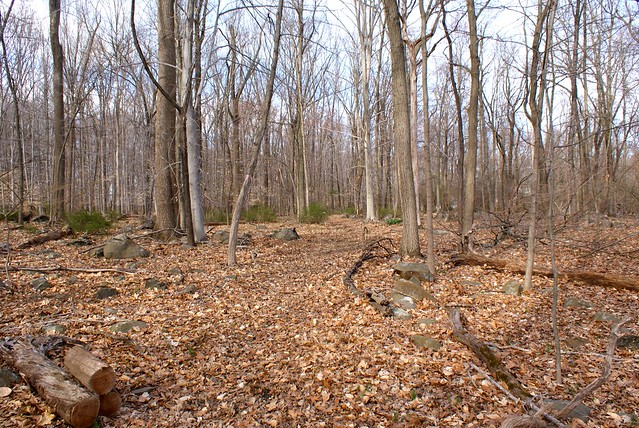 When I last met the archeologist he said the number of quarries found between Hewitt Road and Old Route 518 was now up to 61. Those are 61 holes from the 1700s or earlier where people would manually dig and chisel out stone for use in construction.

Many of these quarry holes are right on the new pipeline route. This is the biggest one I found: 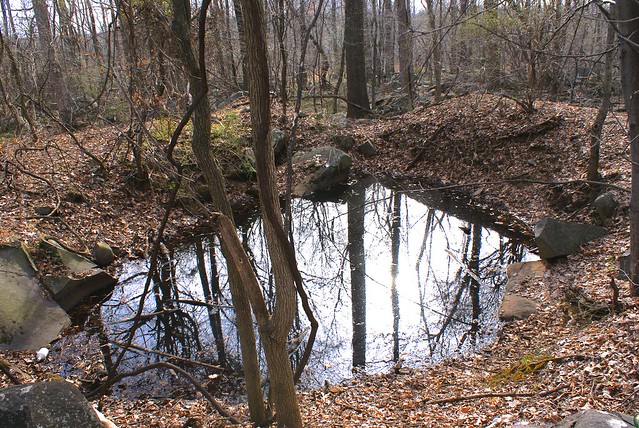 Here’s the other side of that hole. 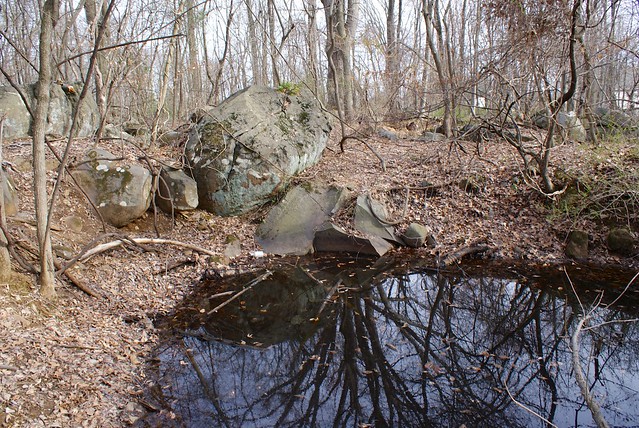 Boulders everywhere
Further to the north east the boulders get thick. Really thick. You could walk a quarter mile just jumping from boulder to boulder without ever touching the ground. 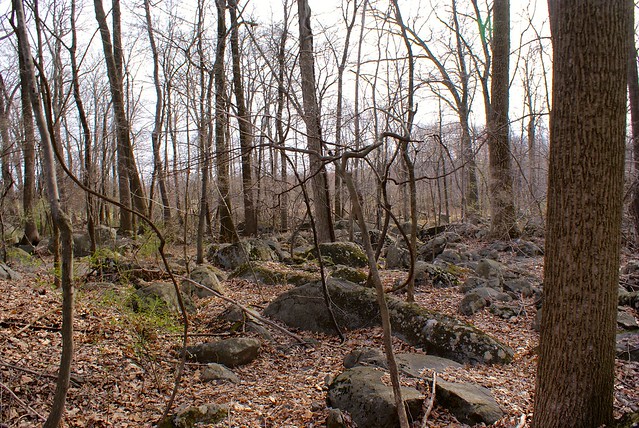 Some of the boulders are REALLY big: 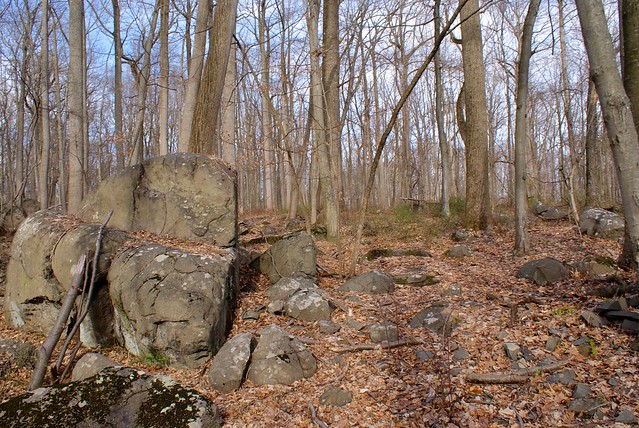 And the boulder field just goes on and on and on… 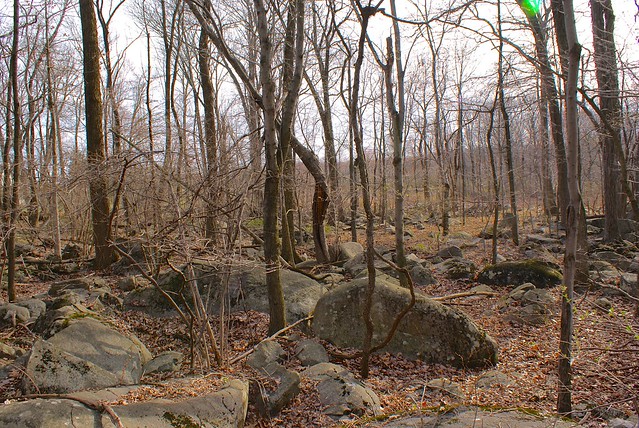 Powerline easement
Eventually you come out to the power line easement. You can see more slopes and yet more boulders. Construction along here is going to a noisy, messy affair. 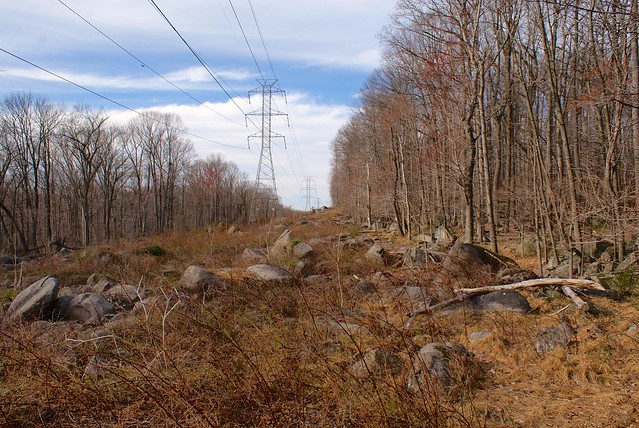 A view from the easement towards the horse farm which the route now misses. The small structure you see to the right in the picture behind the trees is the picnic area for Hewitt Park. So even though the pipeline is further from the park it still comes very close and it’s still well within the blast zone. 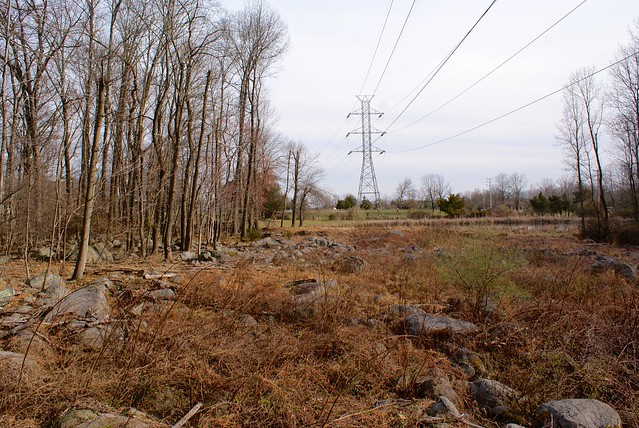 Other quarry holes
Perhaps the coolest one I found was this one: 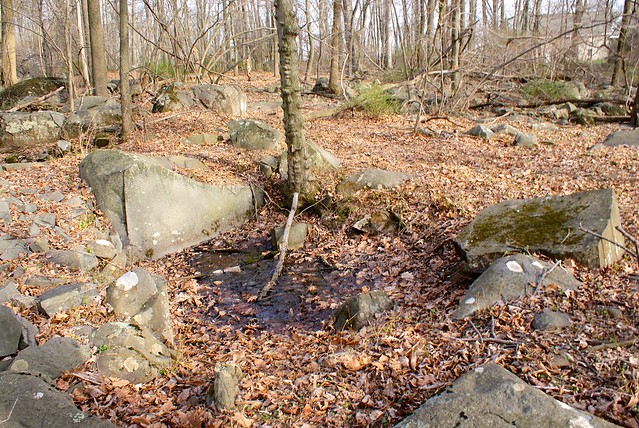 What makes it so cool is the chisel marks along the top of rock on the left. Here’s a closeup: 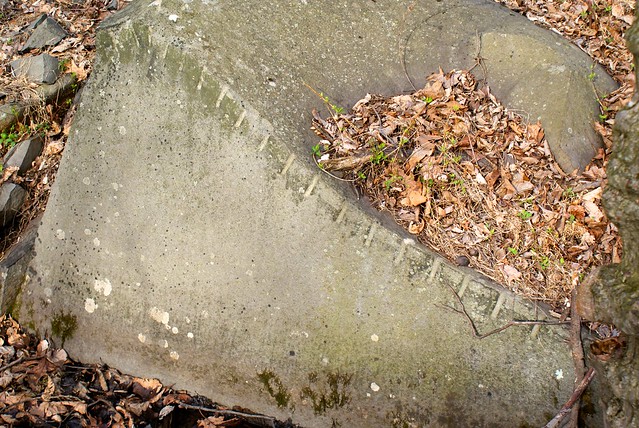 Yet another hole I stumbled on. I’ve been told these holes also serve as vernal pools and they’re the reason why we have so many salamanders and some other species in the area. Vernal pools are specially protected for the unique habitats they provide: 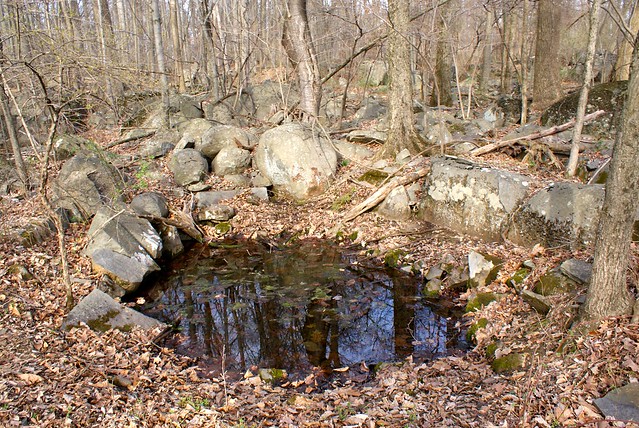 Some cracked boulders next to one of the pools. 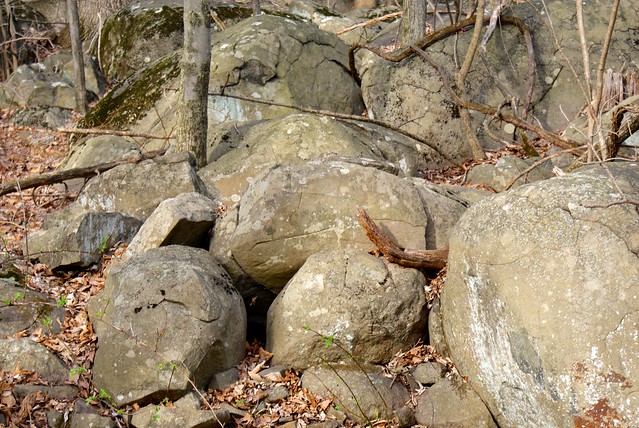 Tailings from the big hole. In the background to the left is a big boulder cracked down the middle like an egg: 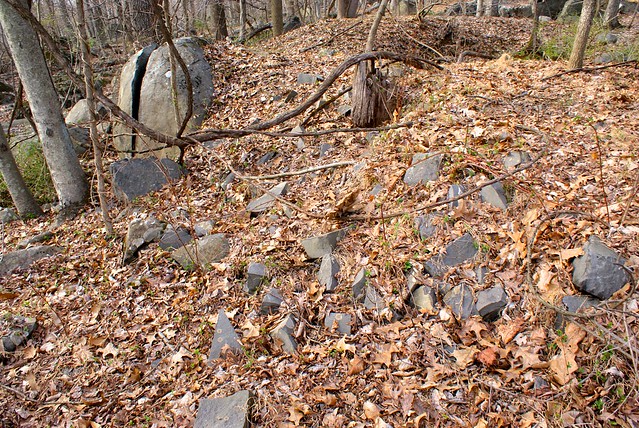