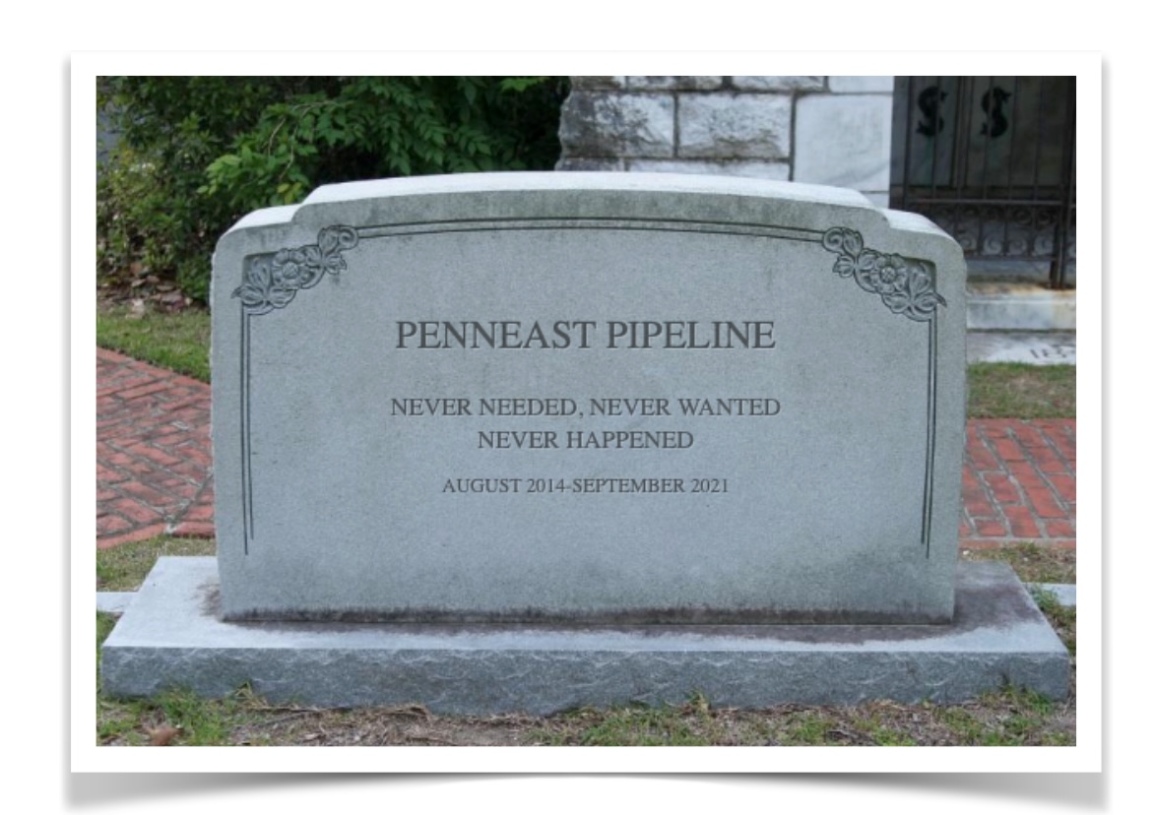 As many of you know, yesterday PennEast cried uncle and threw in the towel. Here full statement they emailed to various media outlets:

Against all odds, in a fight everyone said we could never win, over the course of 7 grueling long years, we did it.

PennEast trotted out experts to perform a phony case study about how it would have saved the region nearly a billion dollars during the polar vortex winter – if only it had existed back then. But it didn’t work.

PennEast got FERC to approve a horrendous Environmental Impact Statement, yet they still lost. They had a Certificate of Public Convenience and Necessity from FERC. Still lost.

PennEast sued hundreds of people in eminent domain court, to no avail. PennEast had lobbyists working endlessly on their behalf to convince politicians and the public that they were good for the region. Still they lost.

PennEast went all to the way to the Supreme Court, and ultimately won that battle. But they lost the war.

All told, PennEast owning companies threw HALF A BILLION DOLLARS at us, and still they lost.

Six years ago I put out a Halloween display Entitled “Here Lie’s PennEast”:

It took six longer years, but as of today – we won.