The rest of the route is completely outside of areas I’ve visited before so it was all totally new to me.  The pipeline route continued along very hilly and steep terrain and still crosses a number of water ways.  The dogs were along the ride and thought daddy was insane, jumping out of the jeep every 5 minutes to point his funny little box around at everything. 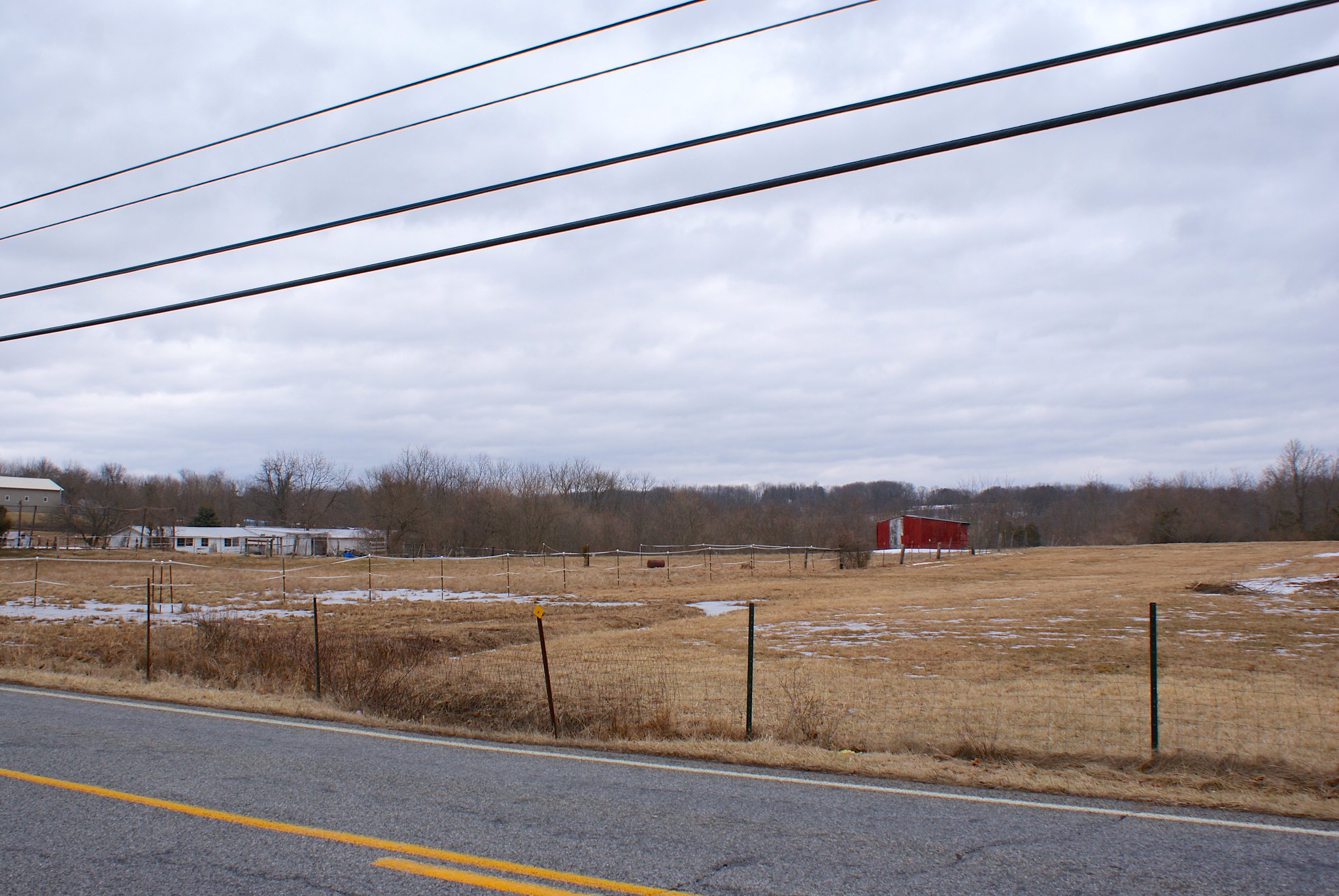 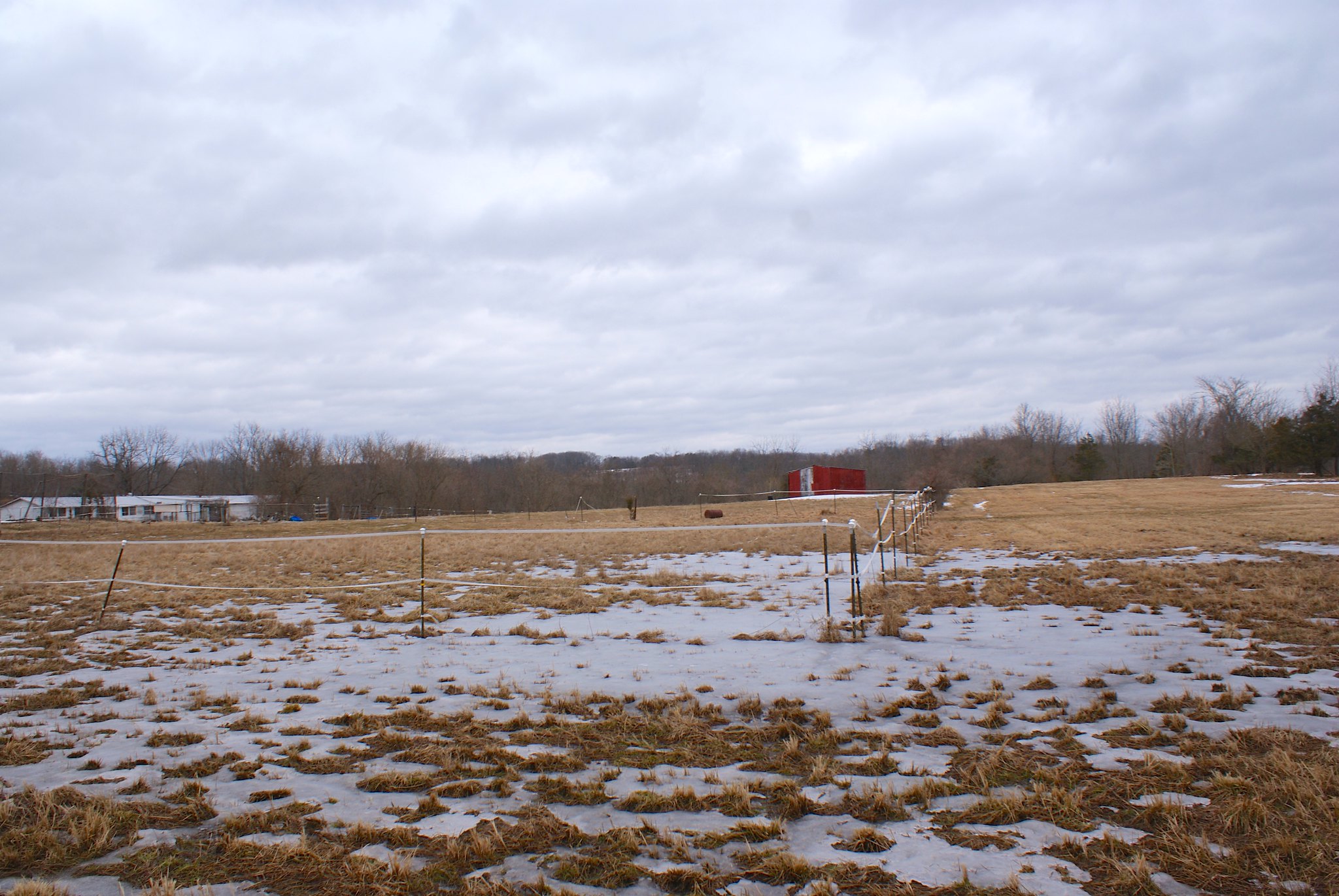 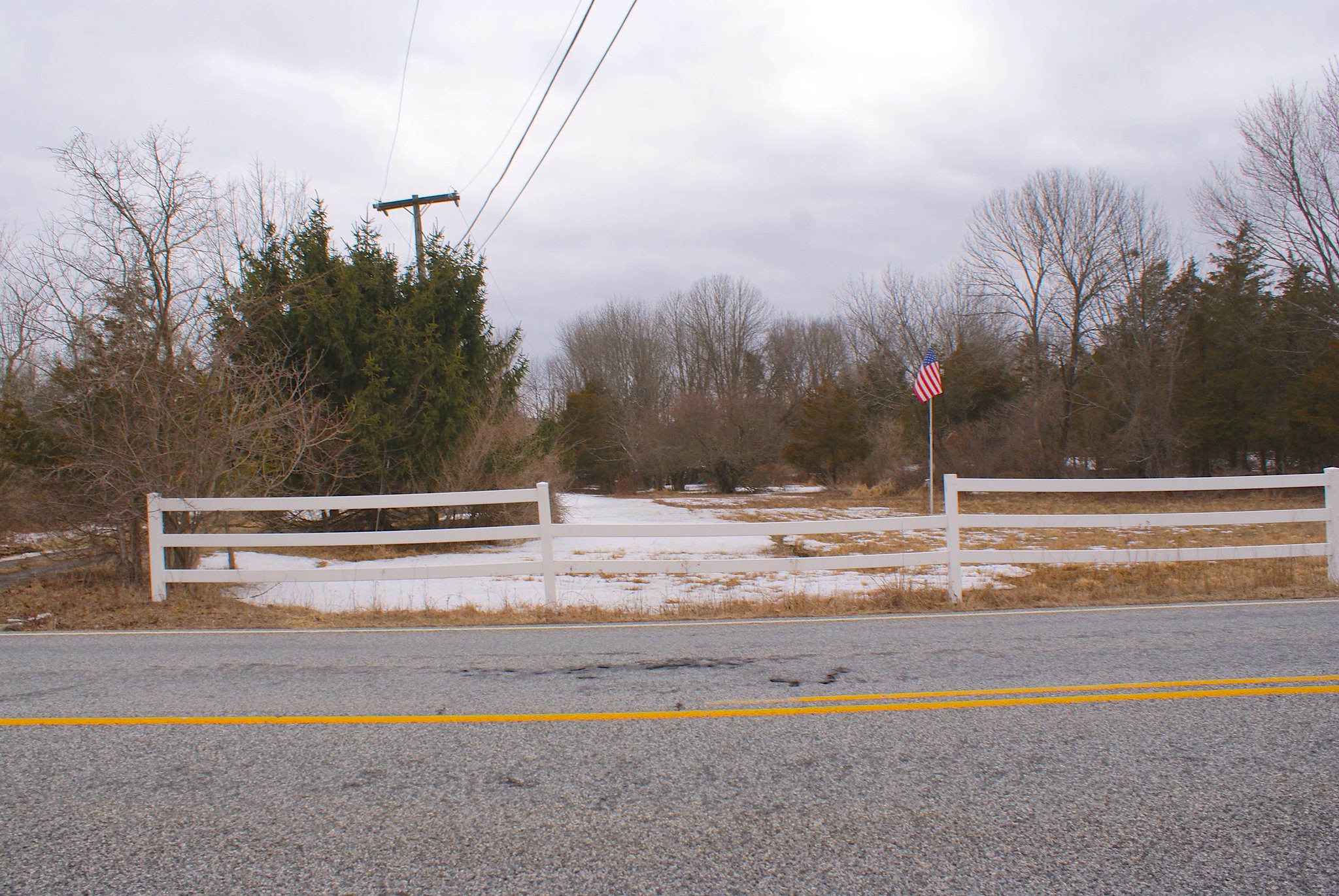 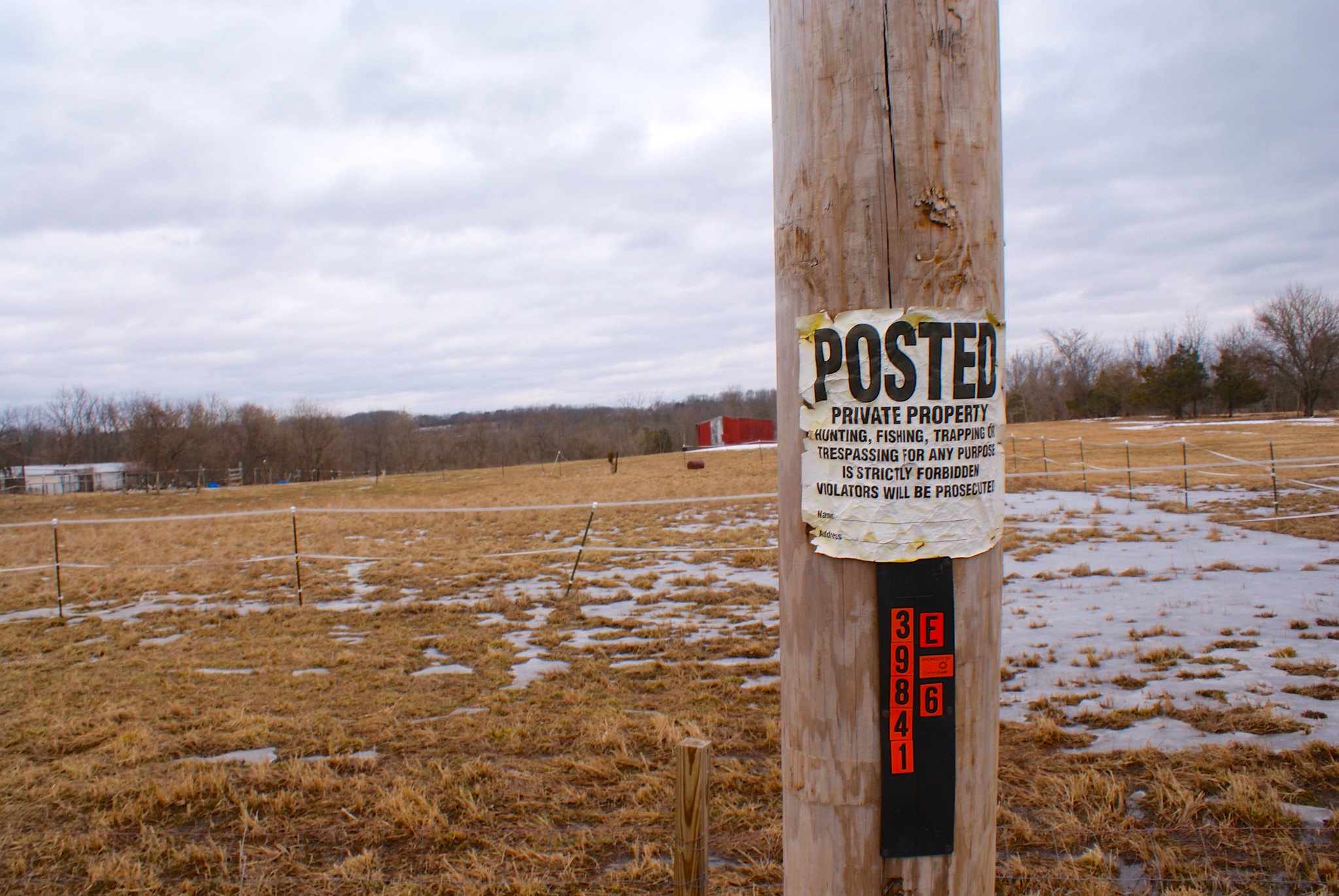 Shot 185 – Everittstown Road Fox Ridge Farm
An NJ Preserved farm on the road. This is a few thousand feet from the route. 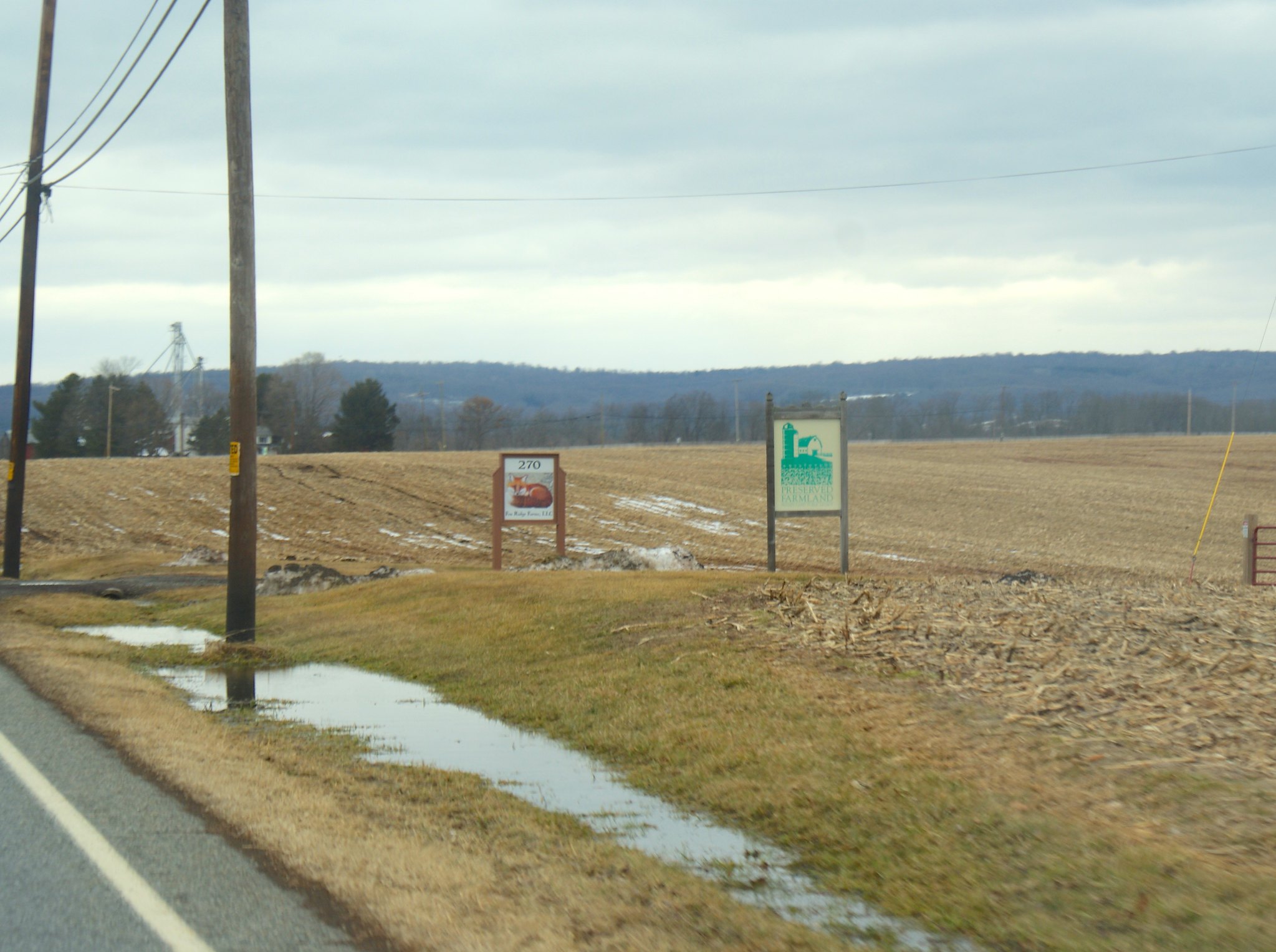 Shot 187 – Stamets Road Woodrose Acres
Looking to the North West we see Woodrose Acres. It’s a nice little house perched above a small stream the pipeline will be going through. 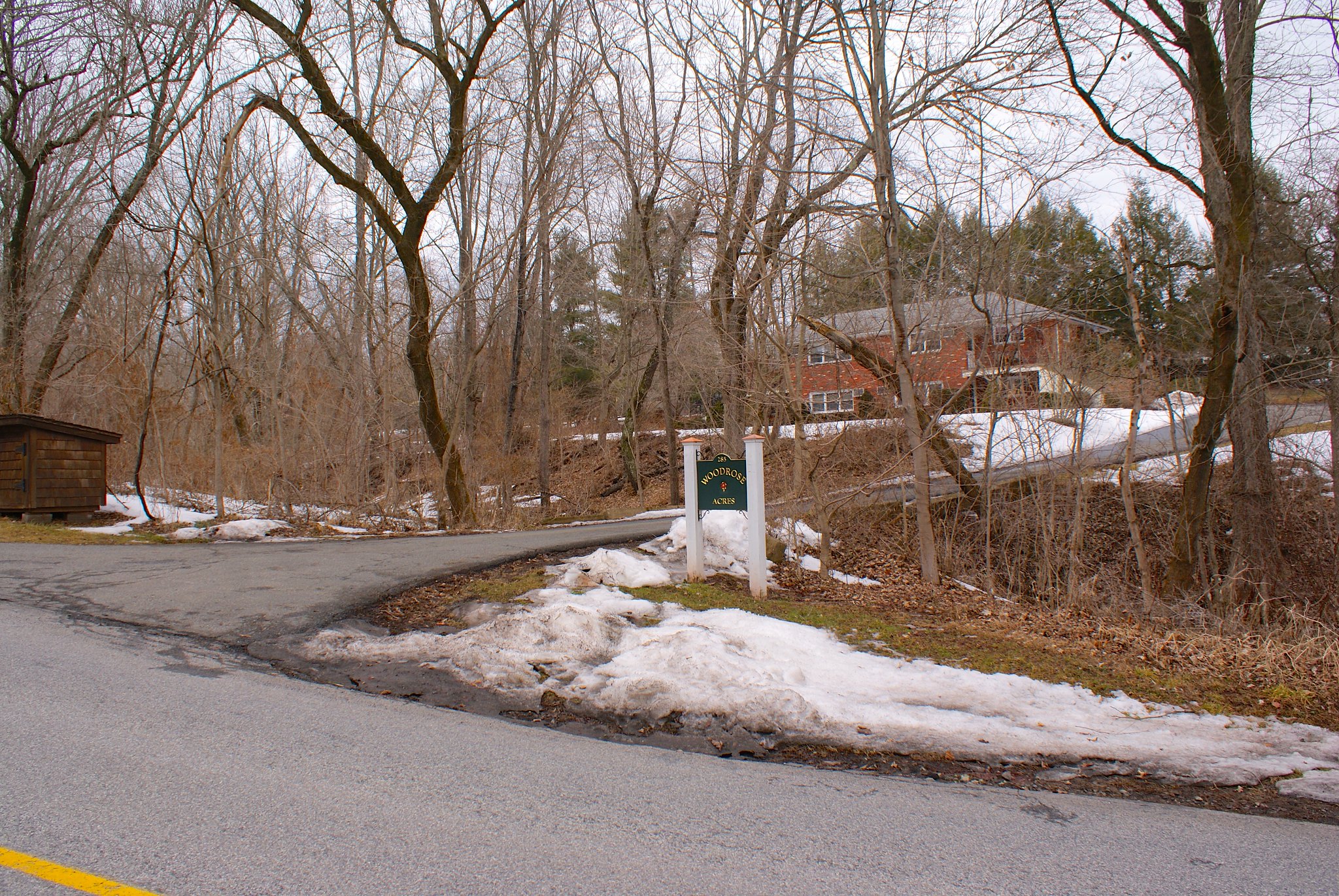 Shot 187 – Stames Road Gully to North
A view of the gully where the stream runs through. 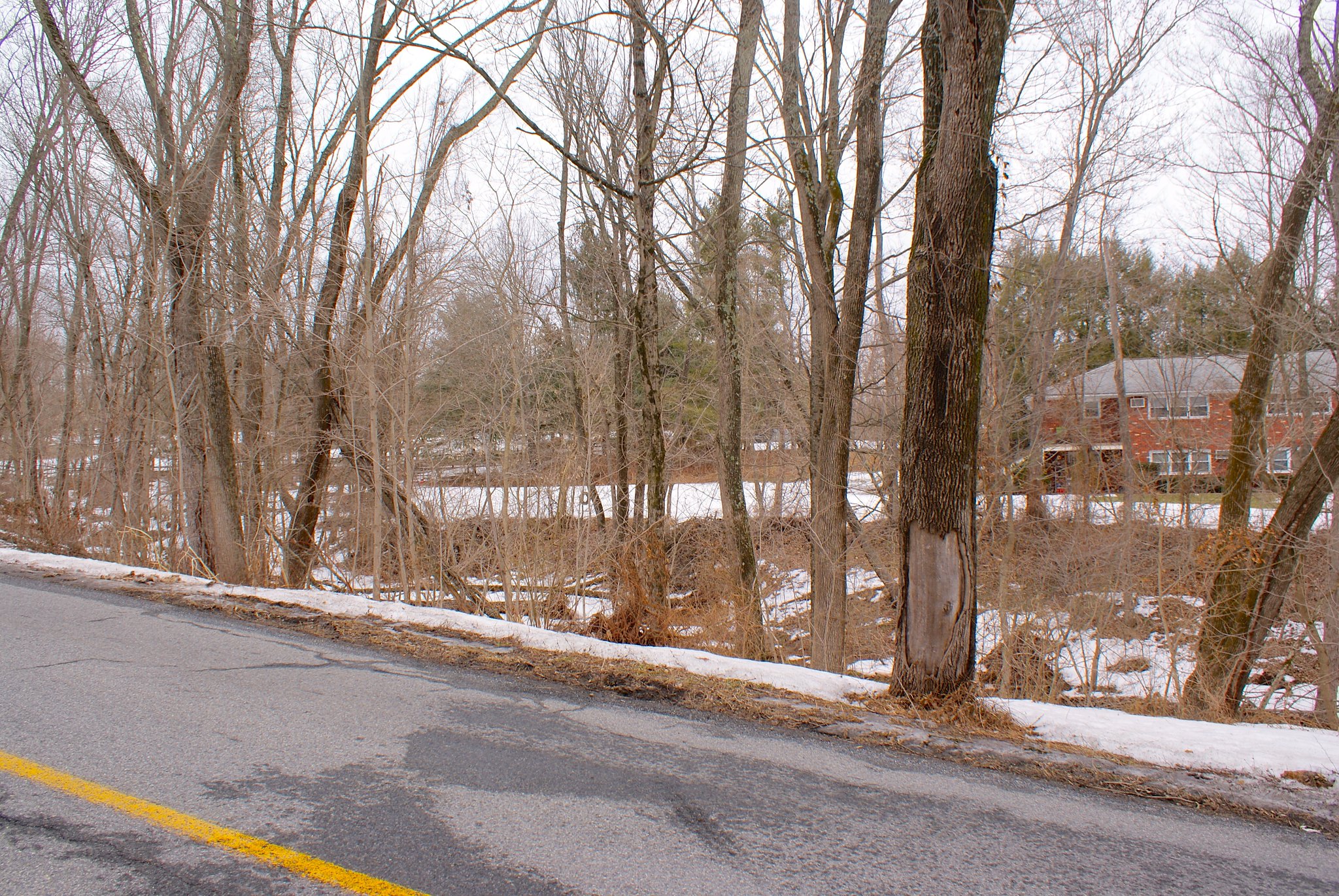 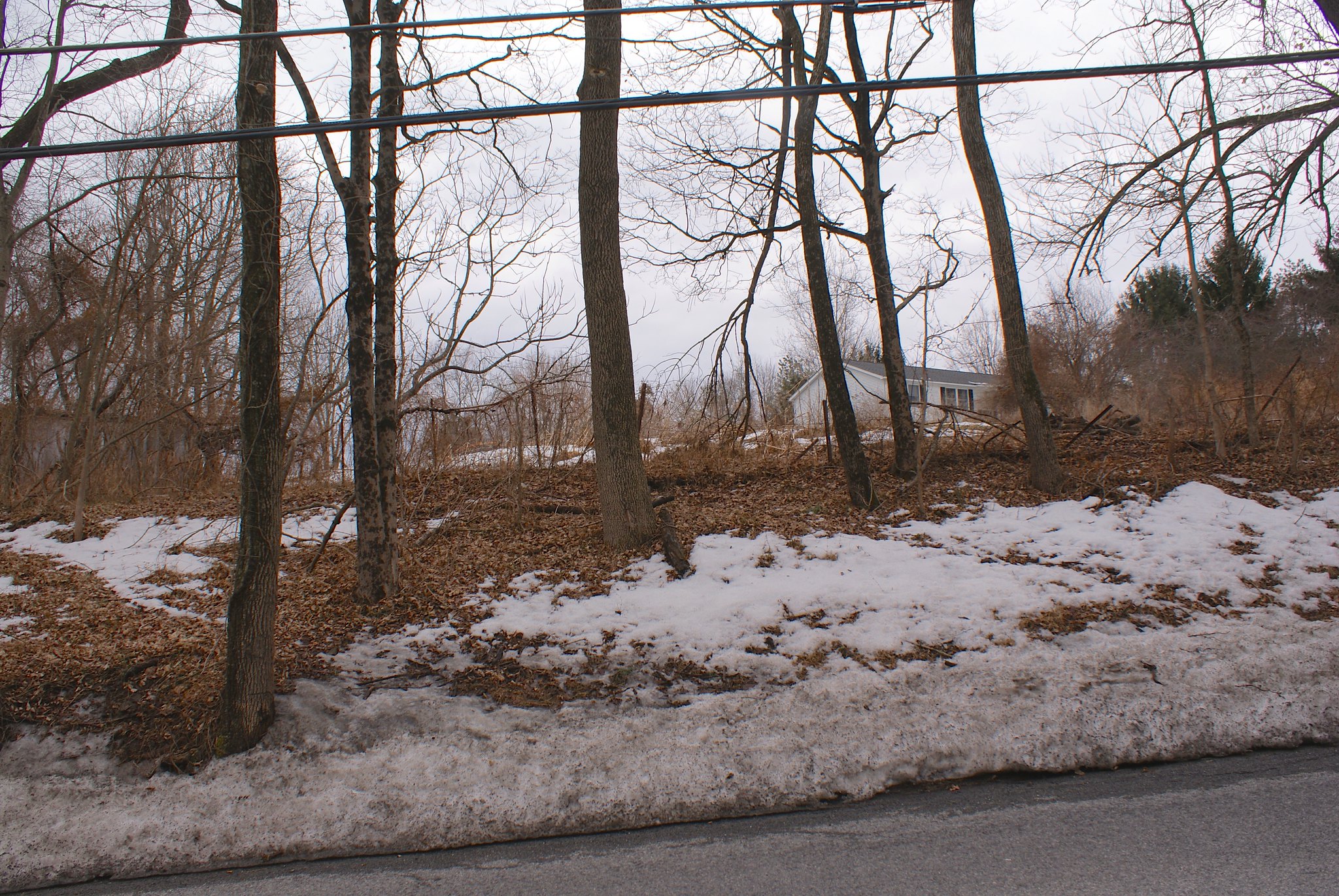 What you can’t see in this shot but can see in a map is that the pipe is cutting right through the middle of a farmer’s field shown in this map:

Shot 189 – Stamets Road Closeup of stream to the north
Closeup on the stream. 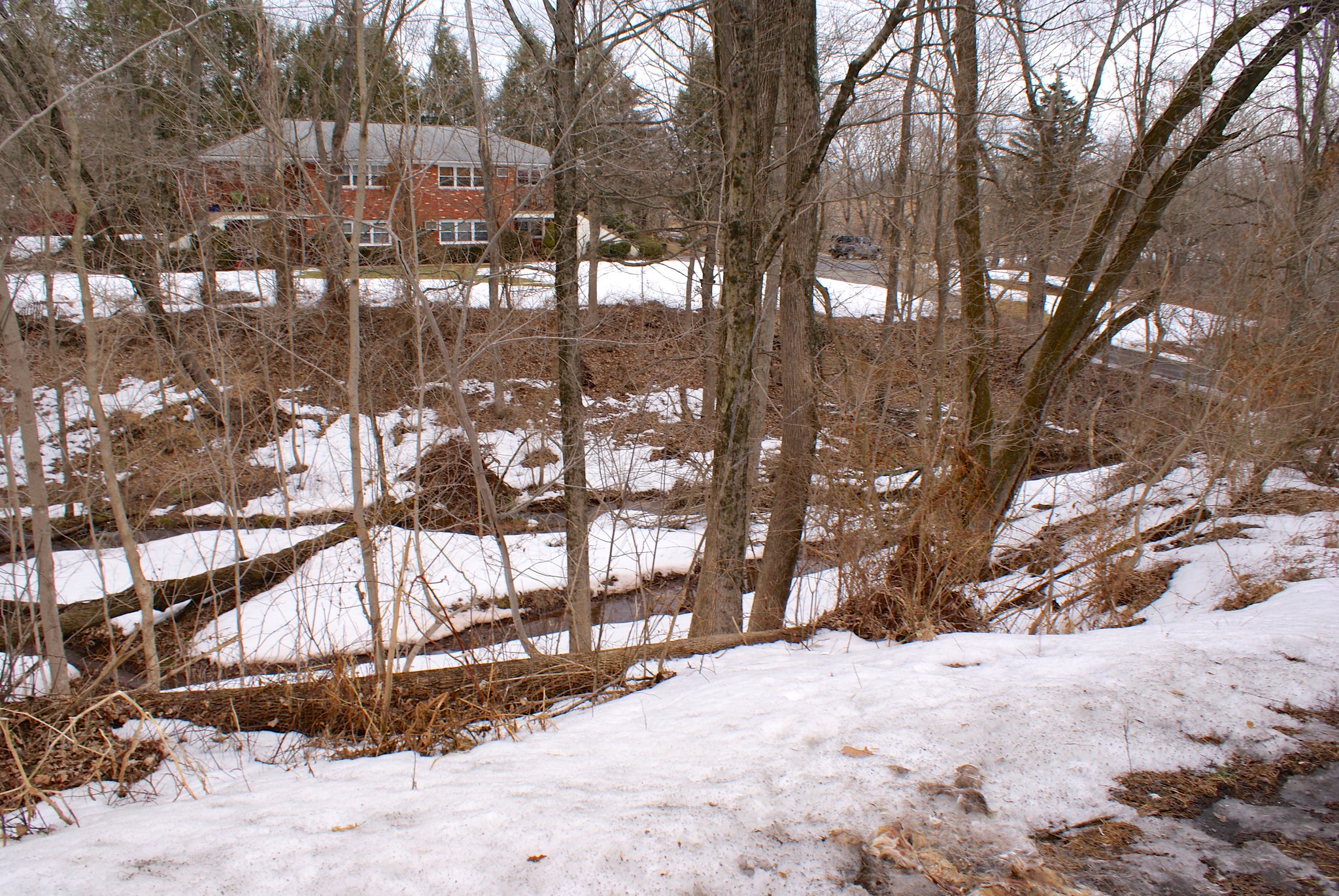 Shot 191 – York Road to the west
York Road is a little windy road that goes up the side of a fairly large hill. Here we the pipeline route looking to the West. In this whole area the pipeline changes direction a lot as it is more or less paralleling the Delaware River around here. 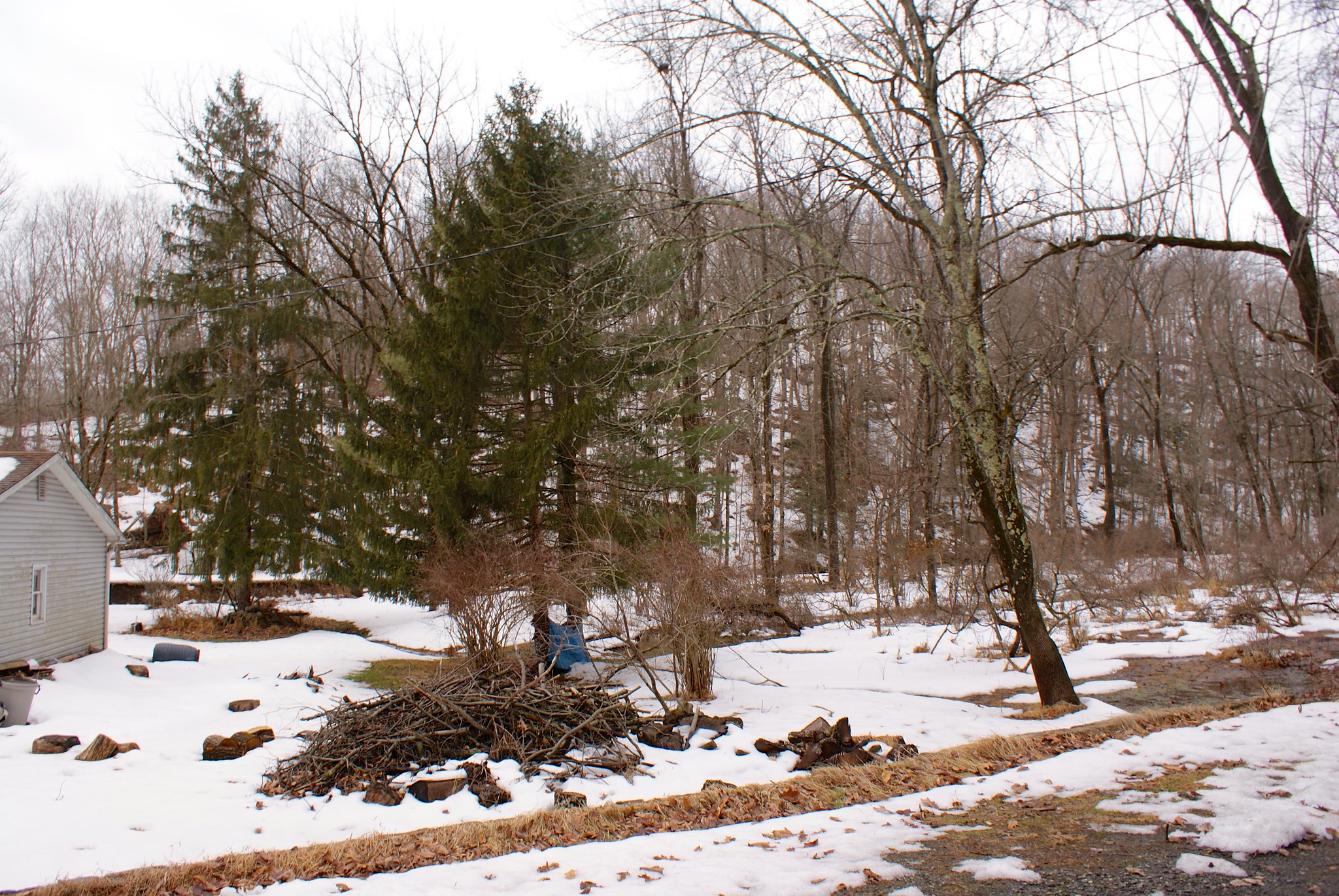 Shot 192 – York Road to the East
Looking to the East you can see a hella-steep hill the pipeline is going to through. All those trees will be gone and the houses in this area are going to be dealing with some serious erosion issues. 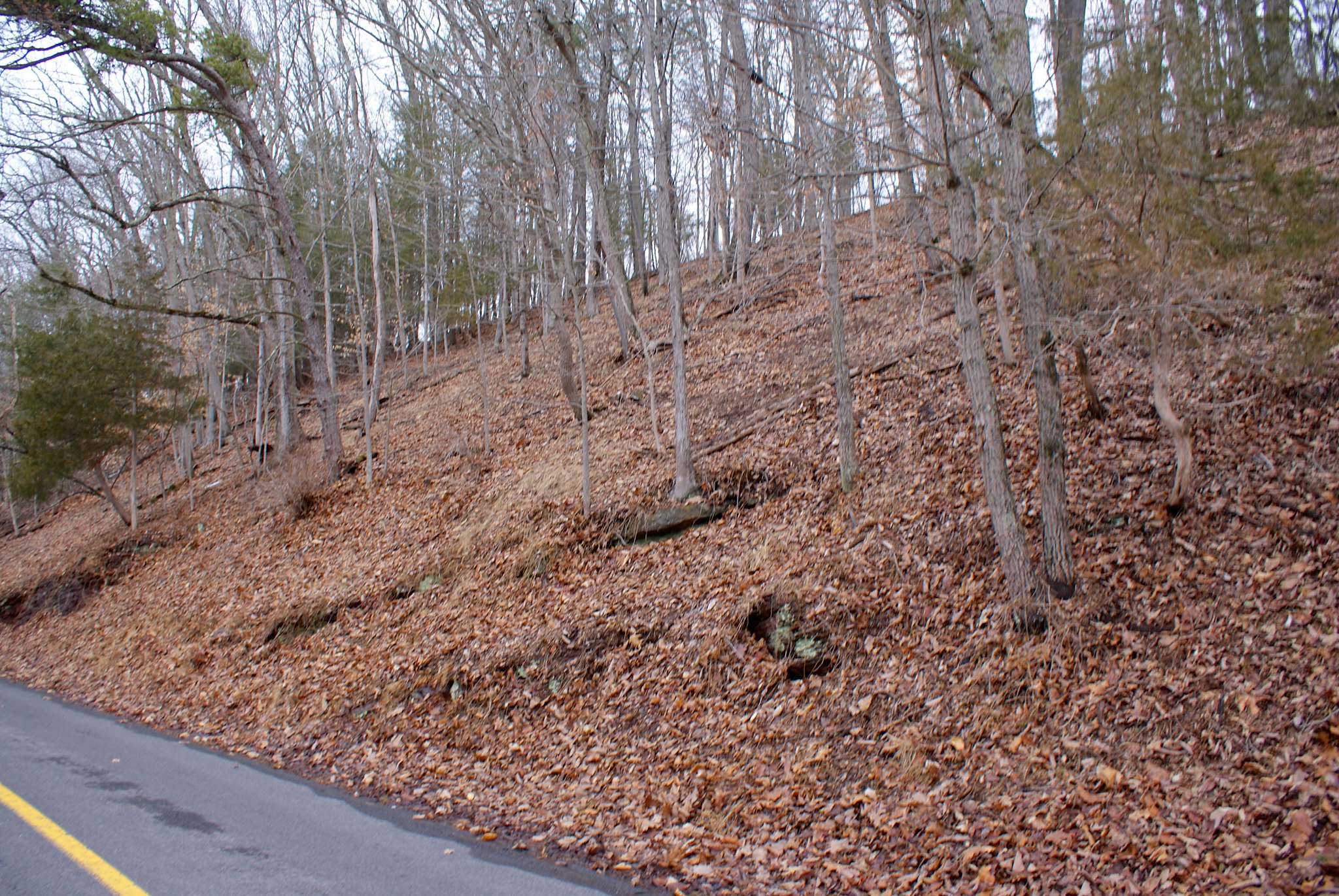 Shot 193 – York Road straight up hill
Looking straight on on the hill. My wife’s jeep that we took for this ride is just in the shot to the right. 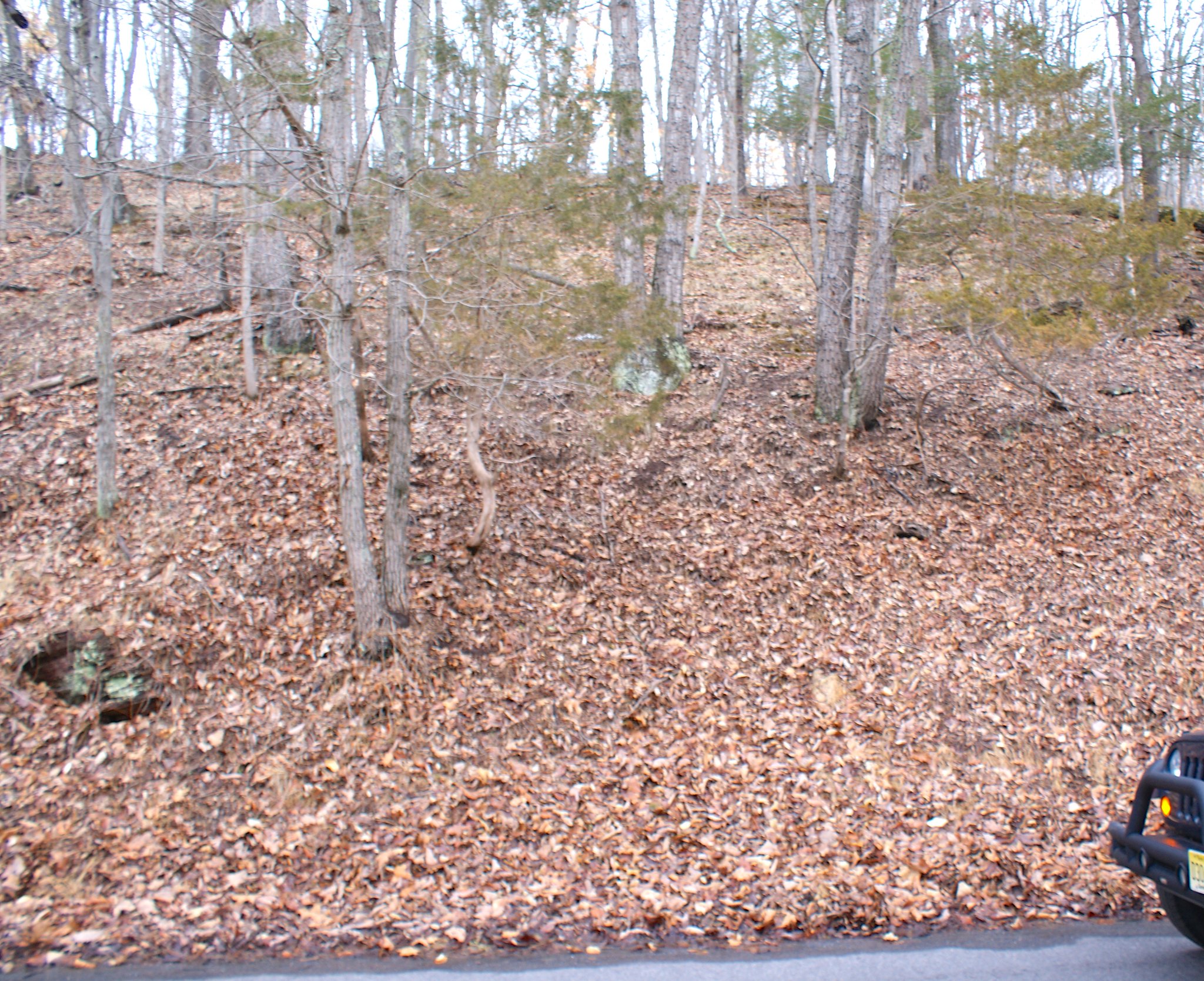 Shot 194 – York Road another shot of the hill.
Another angle on the steep hill. If you look closely at the image you might notice some patches of very light and bright green. That’s moss growing on exposed diabase bedrock. You know what that means when they have to dig the pipeline down to 8 feet – more blasting. 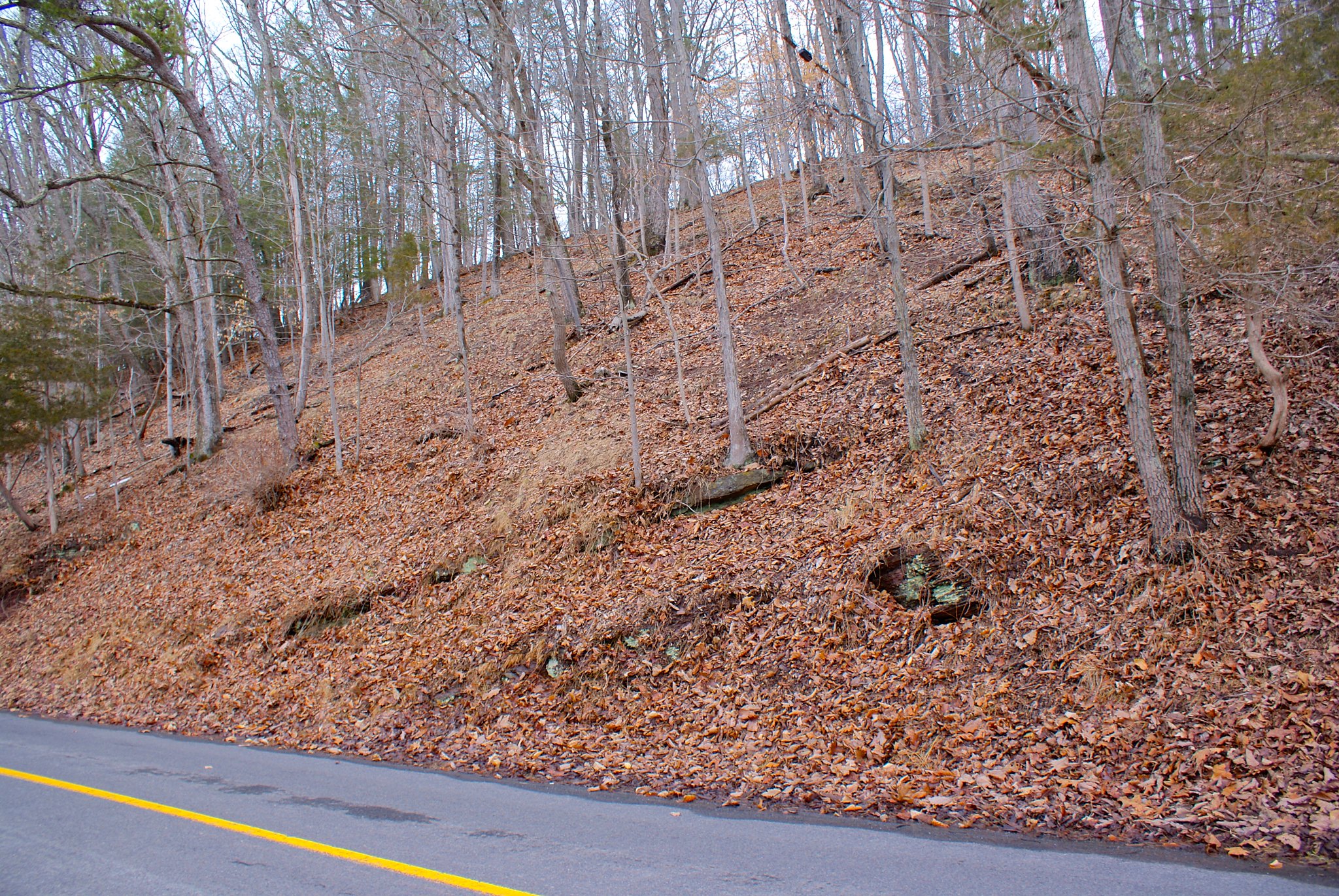 Shot 195 – York Road wide angle to the west
Another shot to the west this time. As you can see after it comes down a steep hill and crosses the road, the pipeline route goes right back up another hill on the other side. 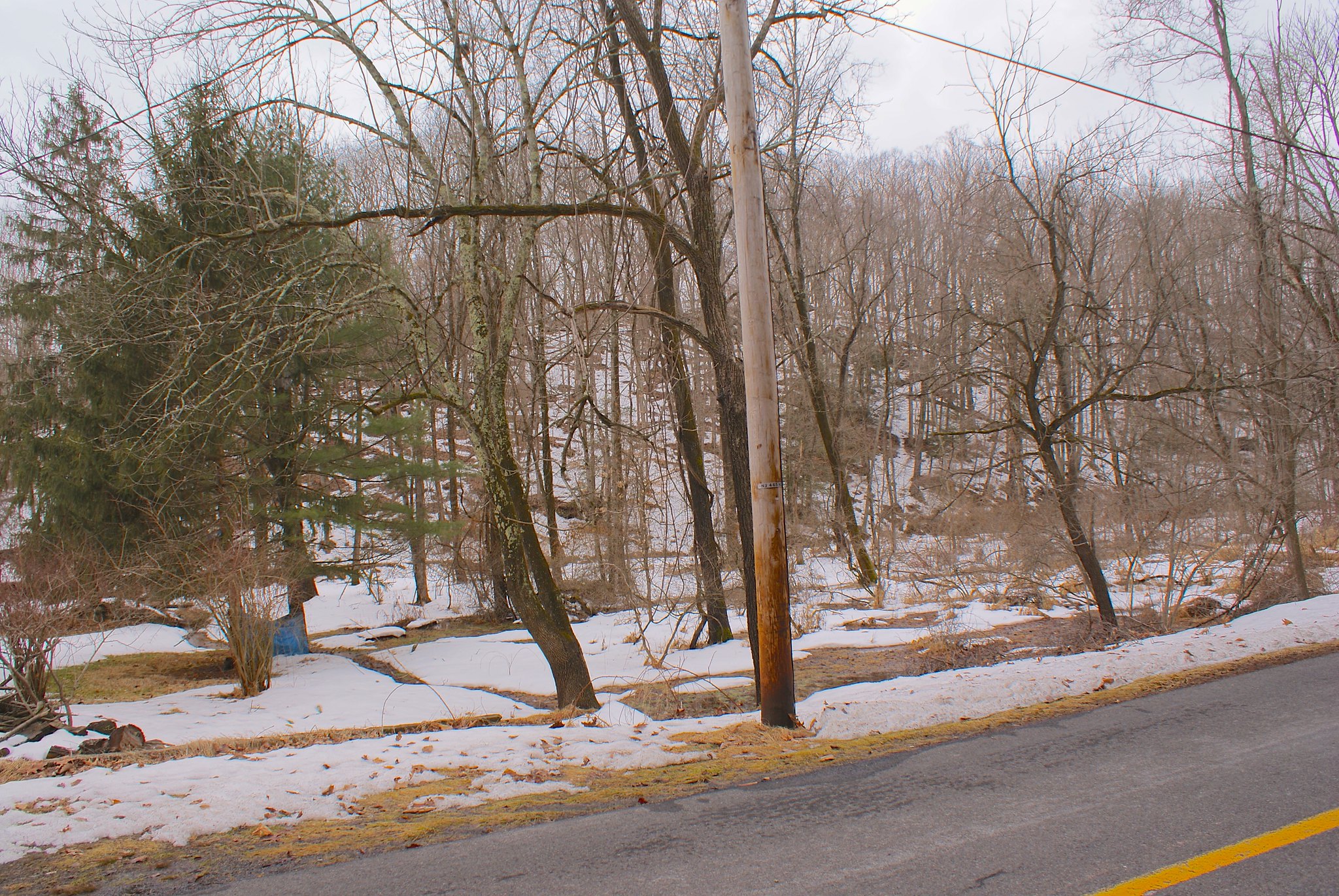 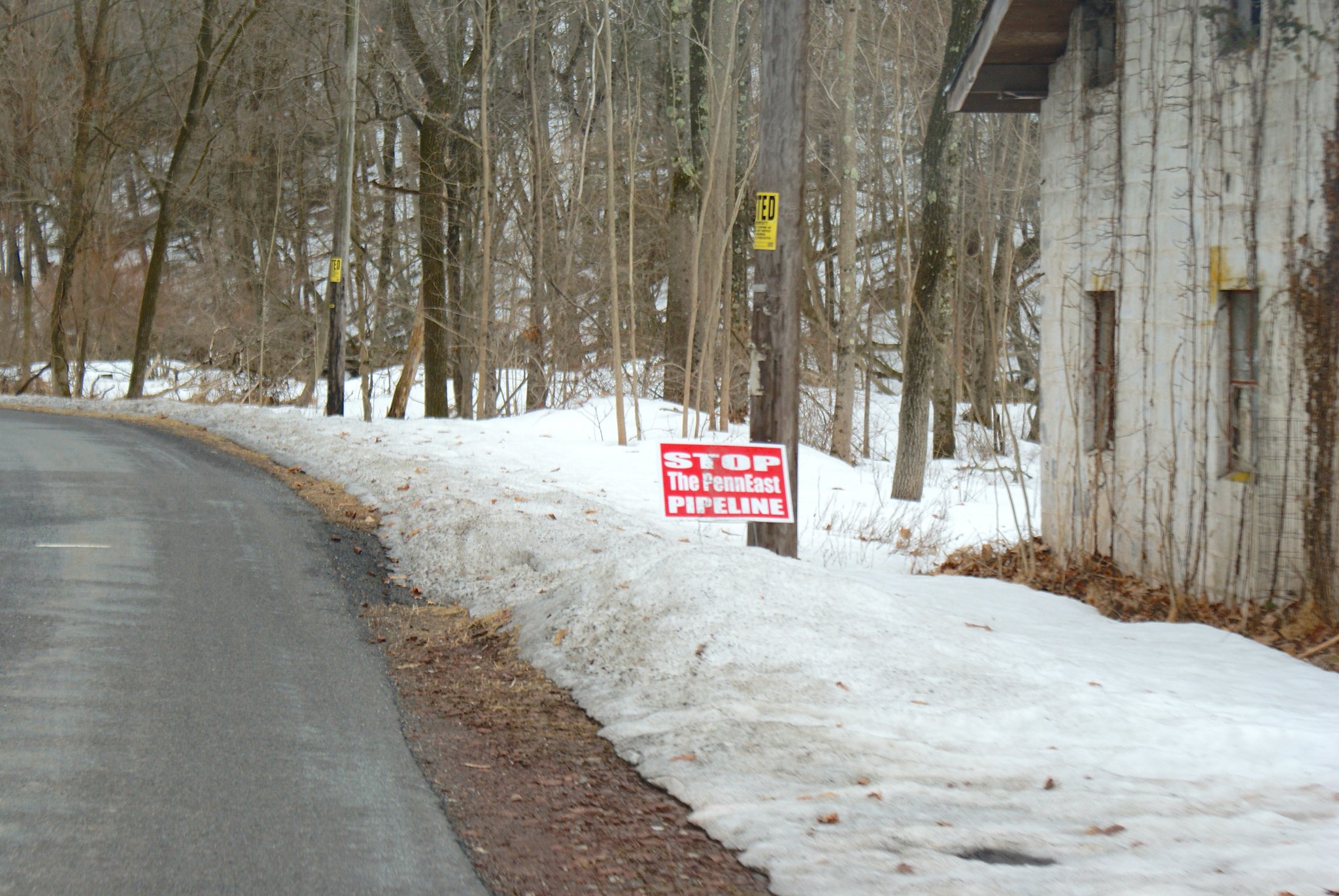 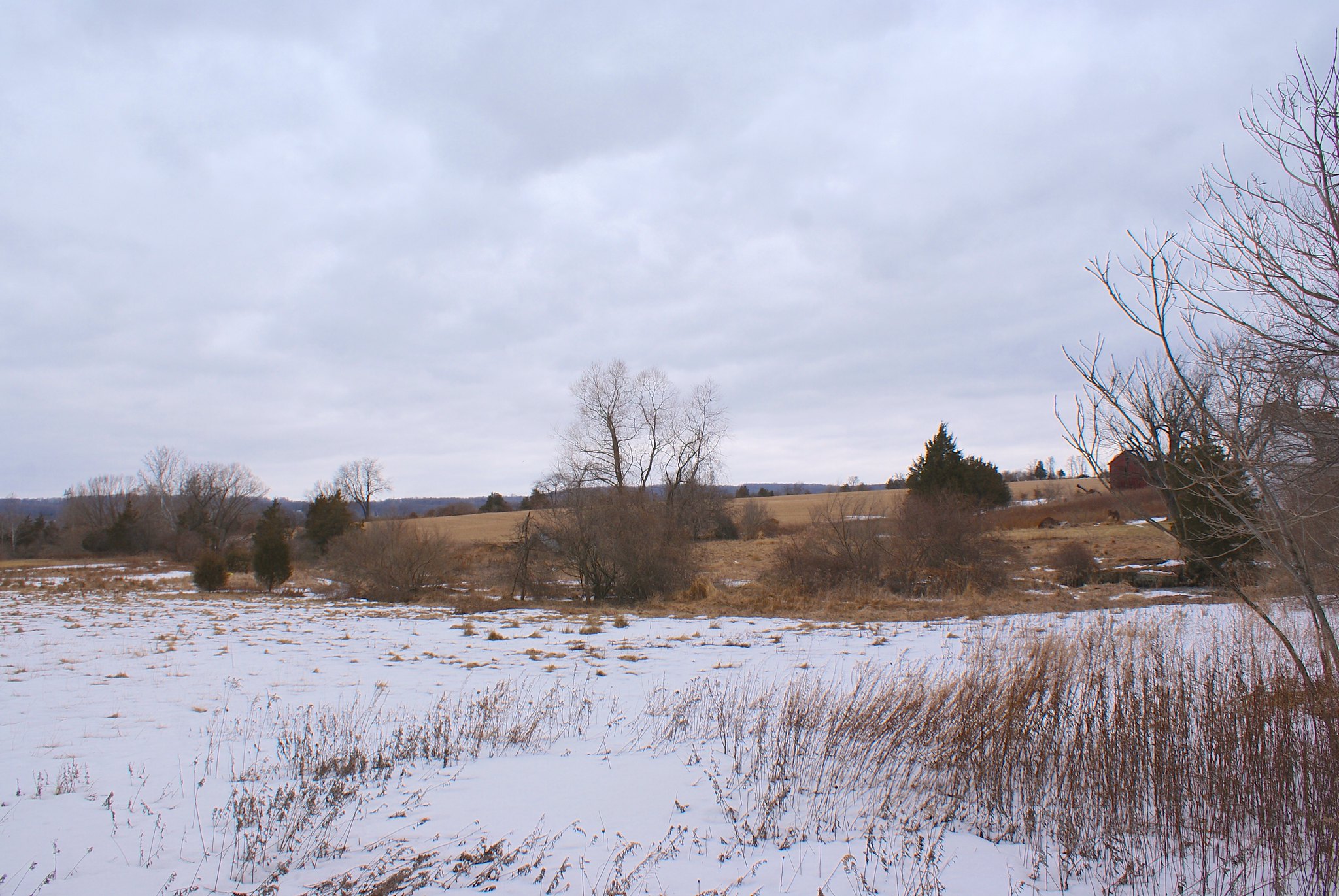 Shot 198 – Milford Warren Glen Road to the North
A shot to the north. 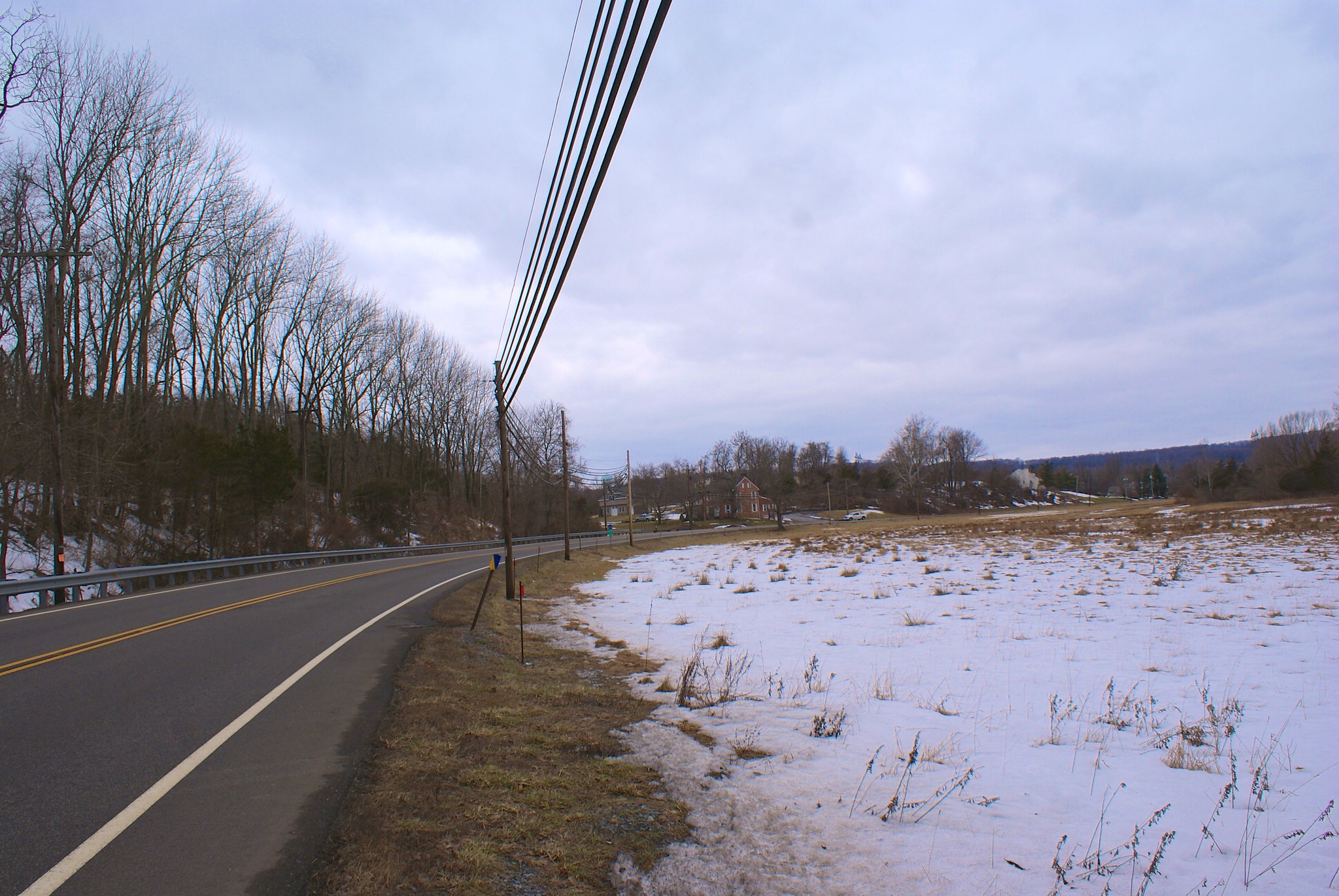 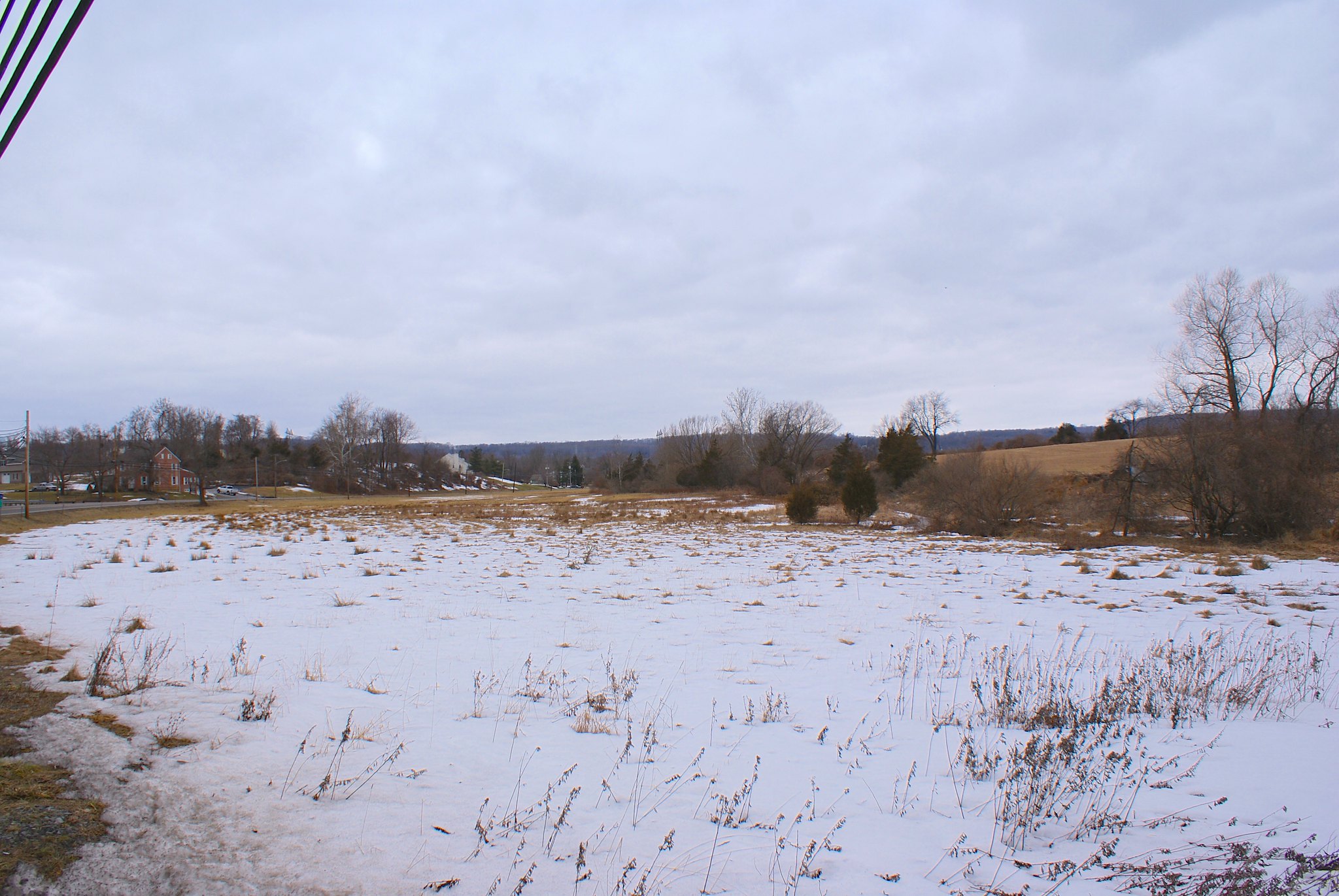 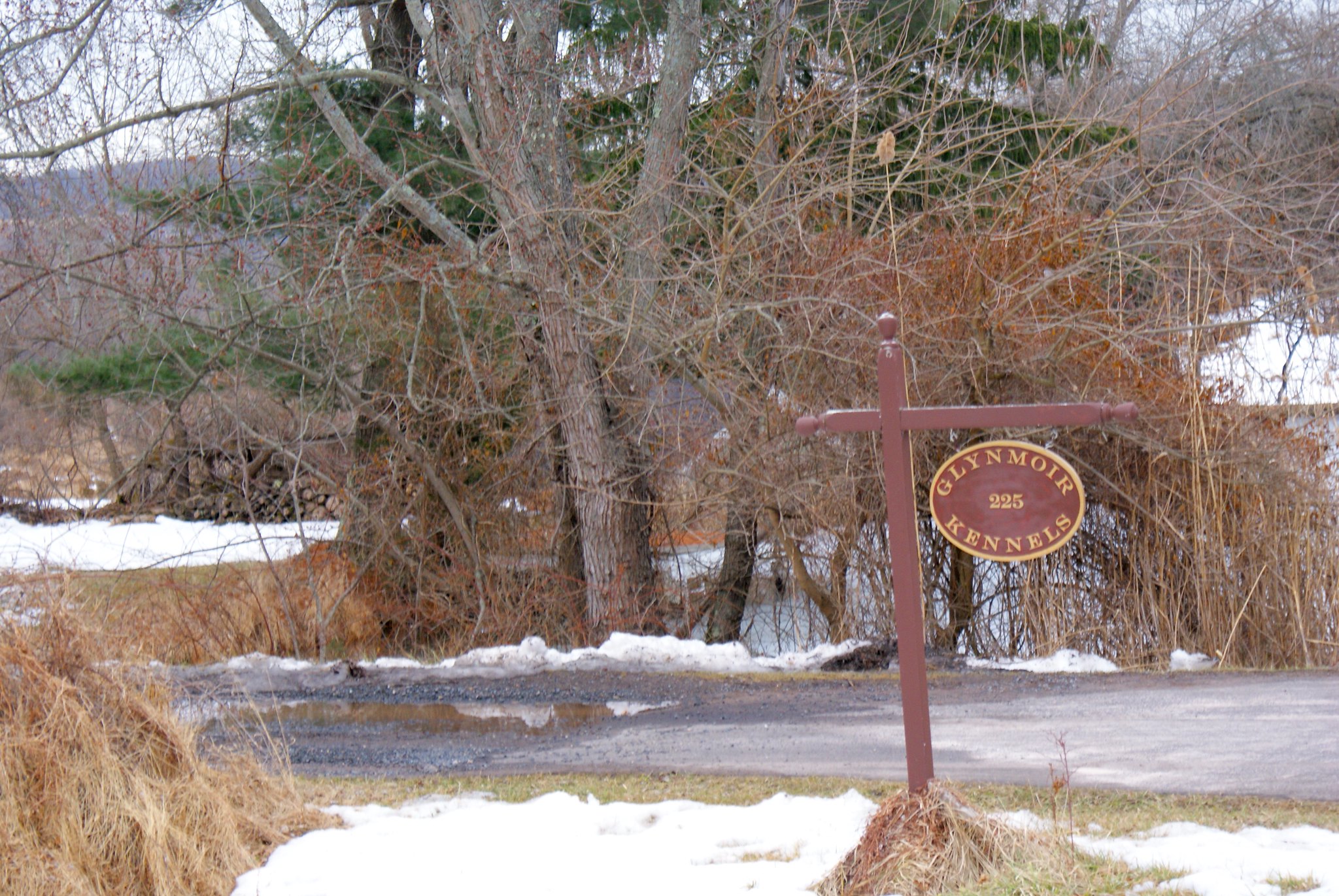 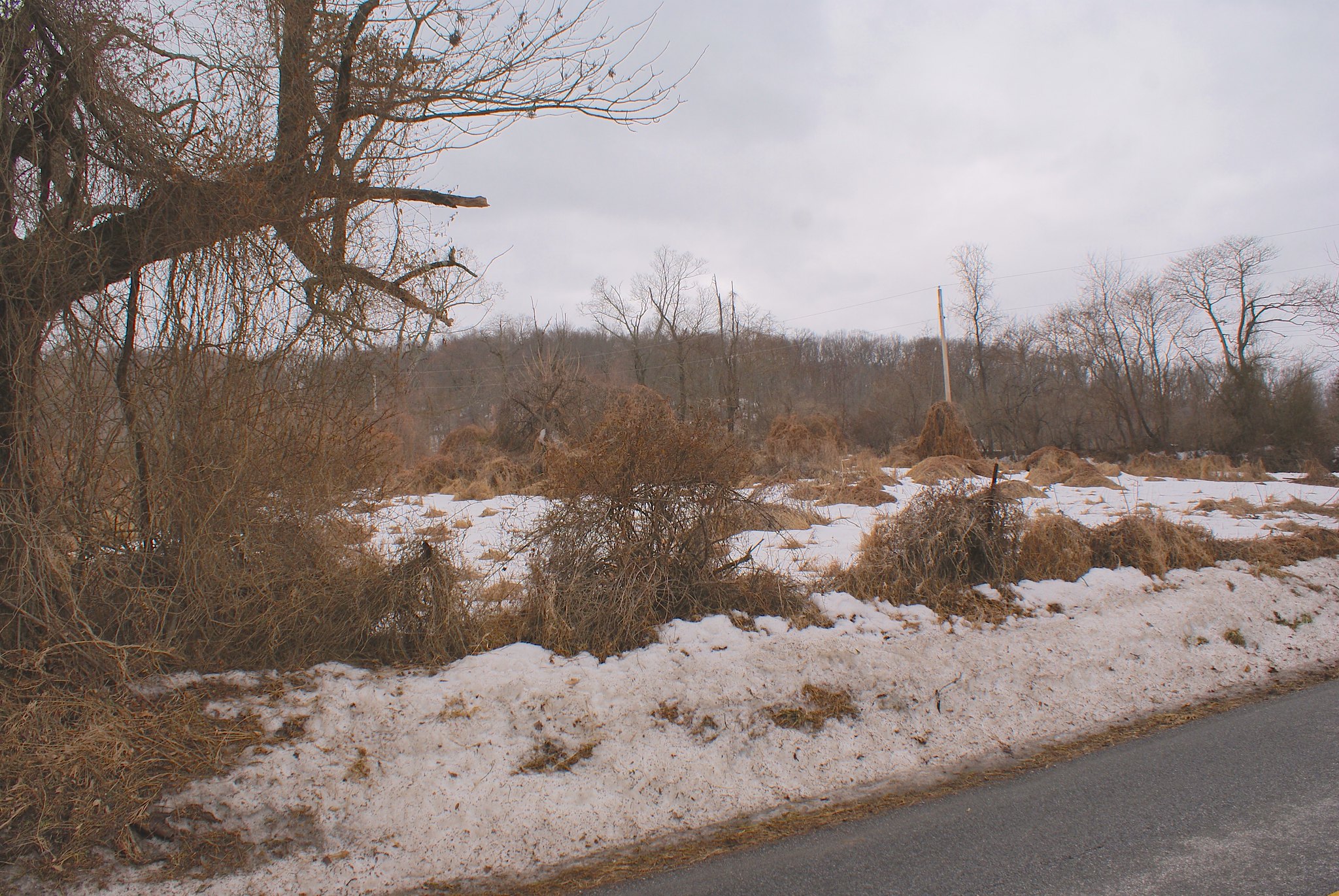 Shot 202 – Spring Garden Road to the south
A house and more wilderness to the north along the route. 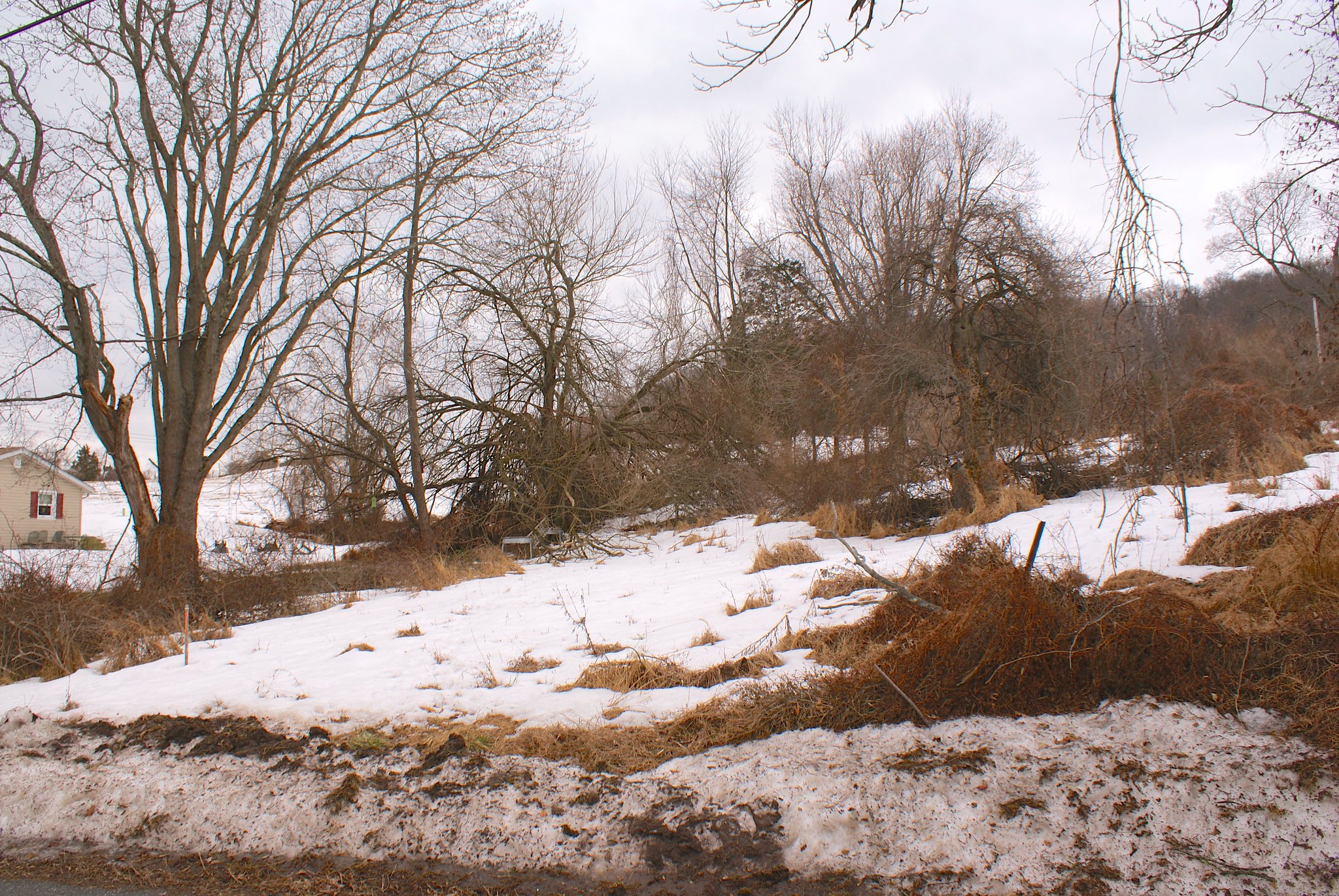 Shot 203 – Spring Garden Road Pond
A pond next to the kennels. 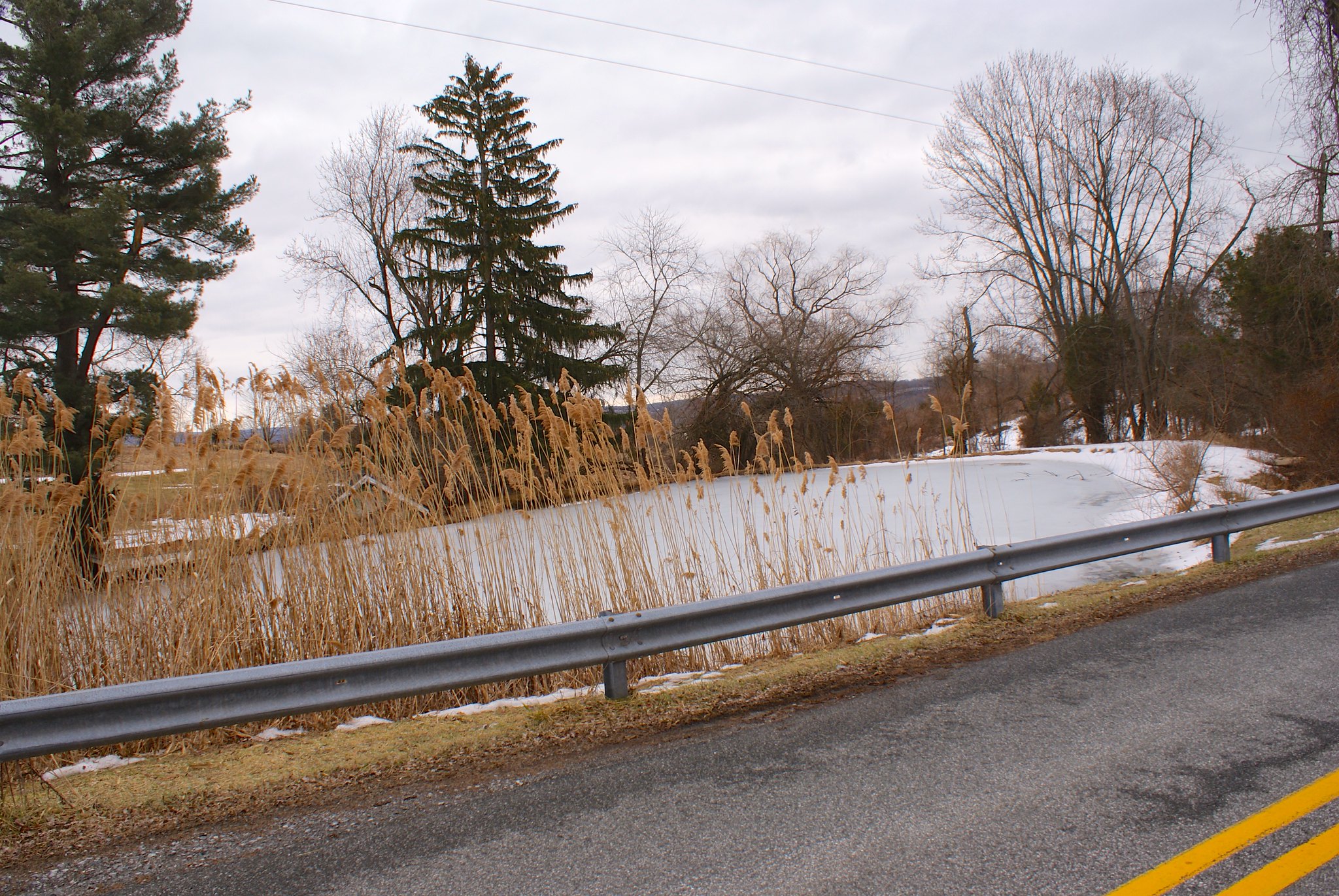 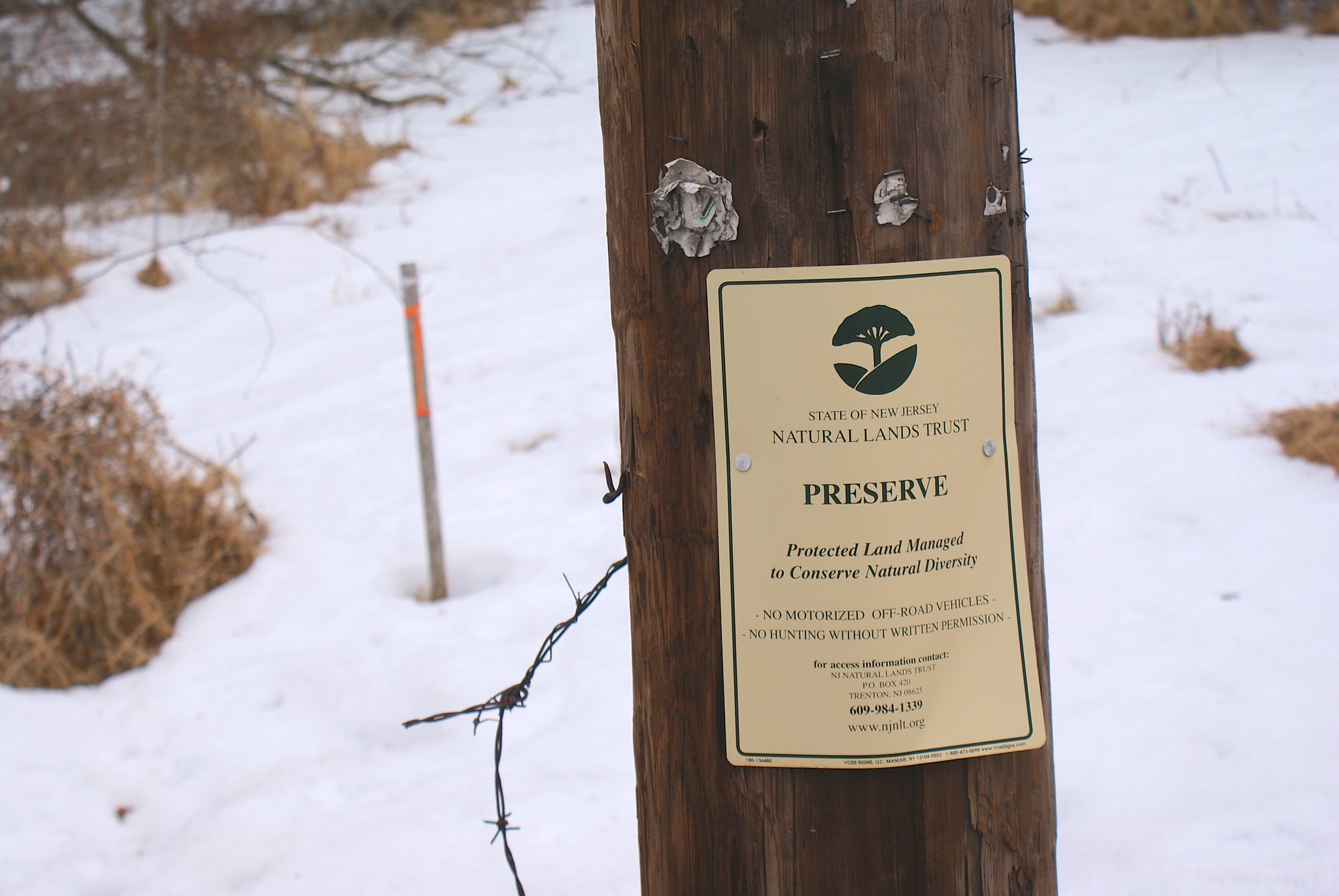 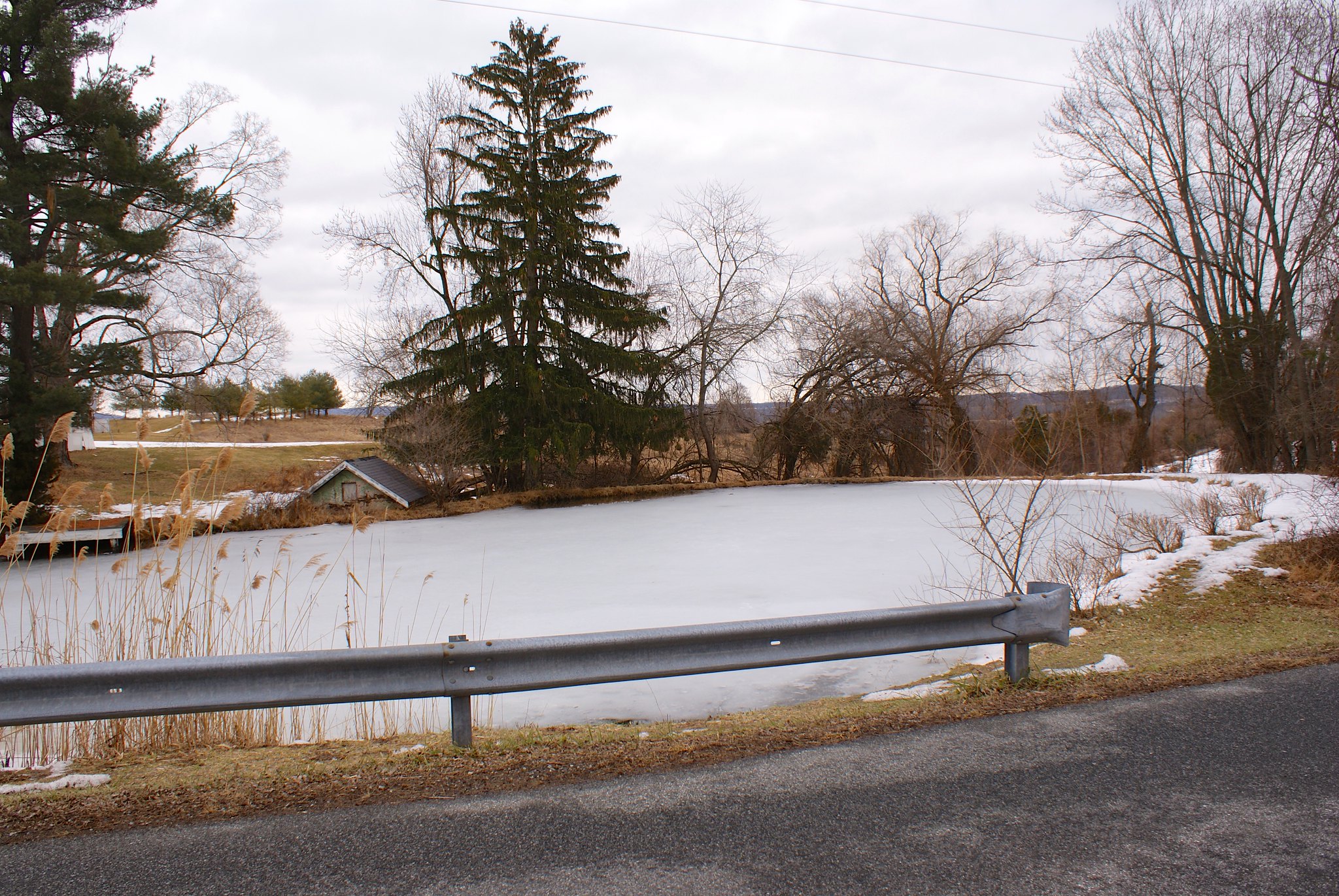 Shot 206 – Spring Garden Road Kennel and pond
Shot of the kennel and the pond. 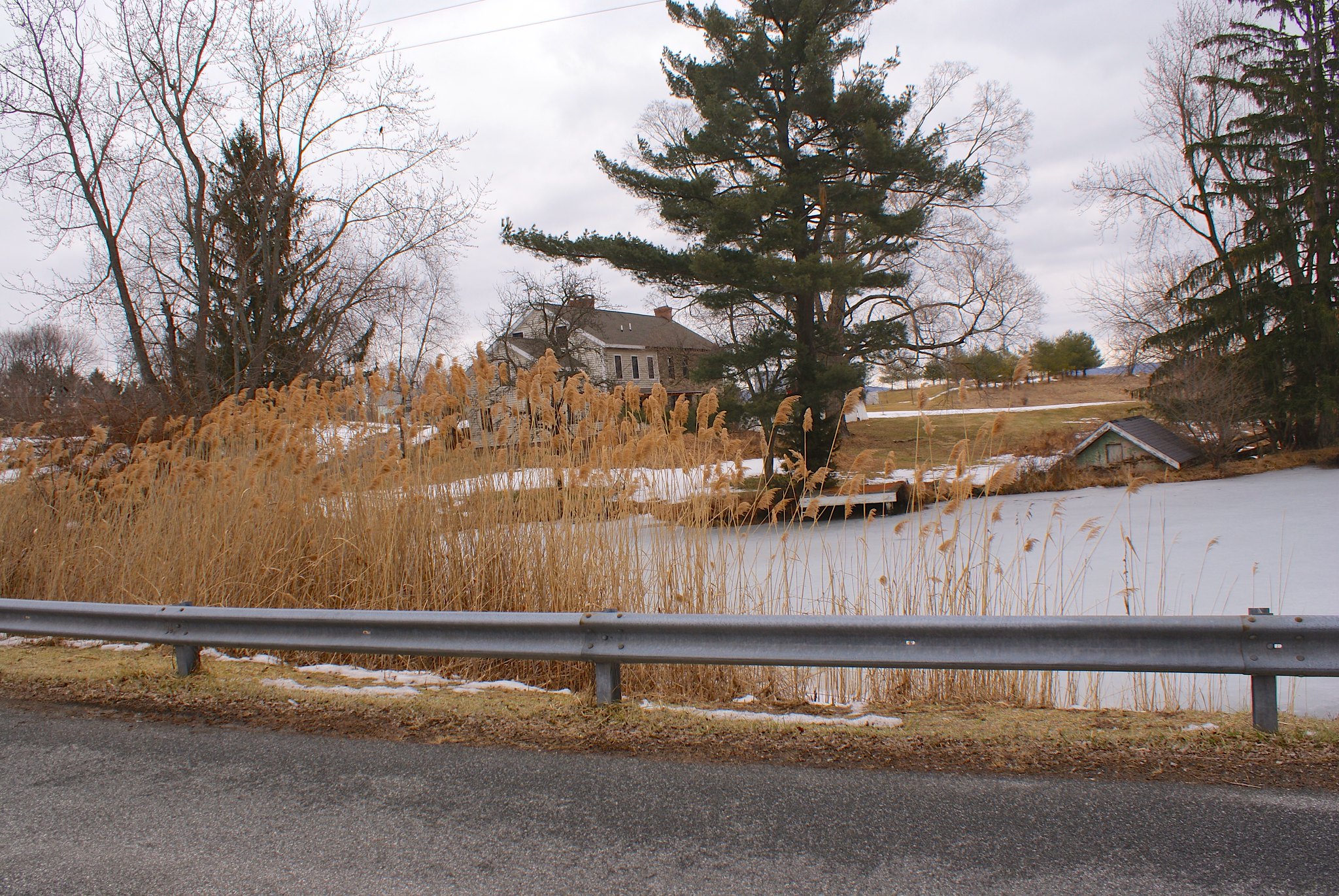 Shot 207 – Spring Garden Road Old tree to the SouthWest
Yes this is along the route too. 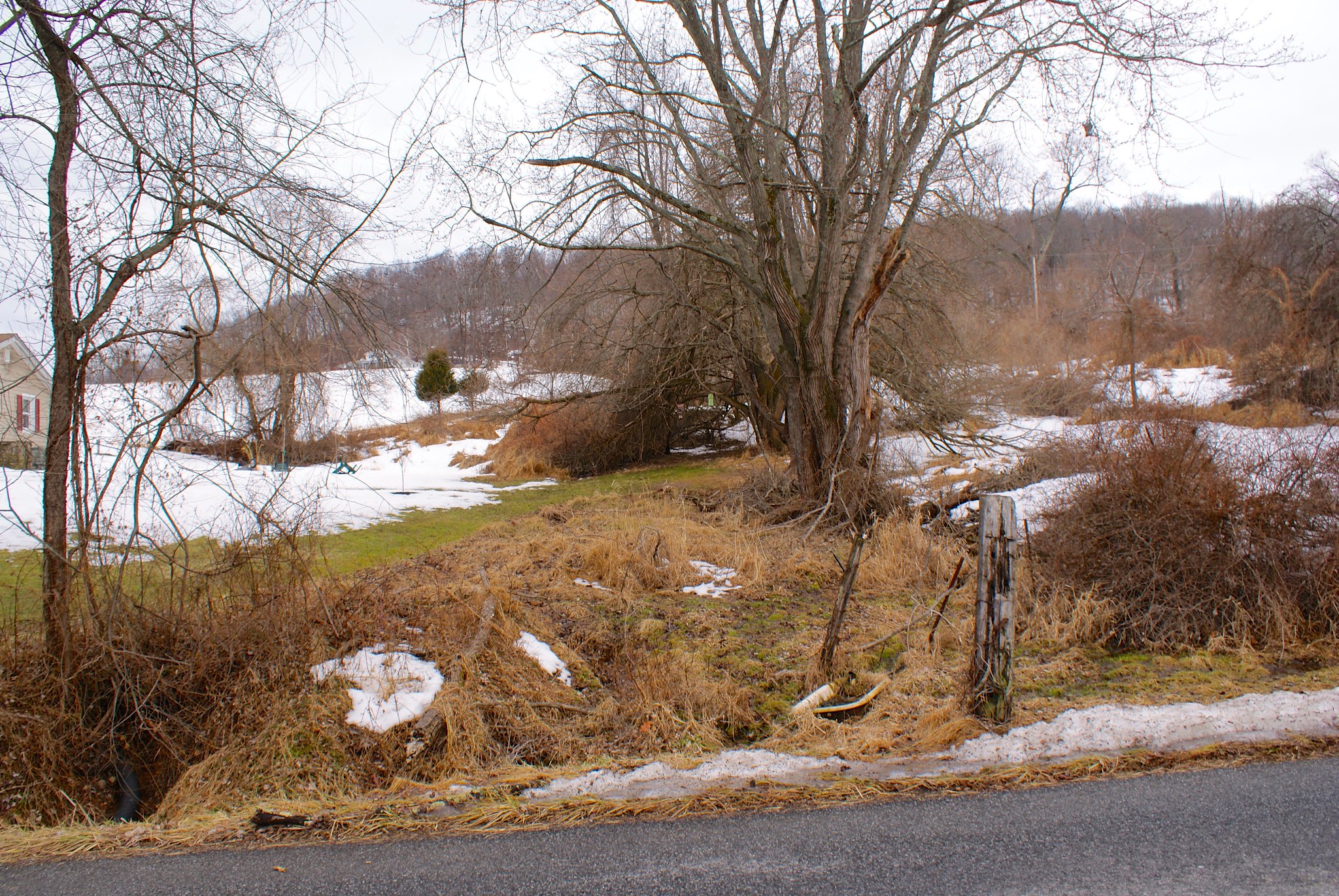 Shot 208 – River Road Diabase cliffs
This isn’t along the route but is close to it. I included these shots to show exactly what PennEast is going to be dealing with. This is really, really hard bedrock and the drilling and blasting are going to be intense to get through this. 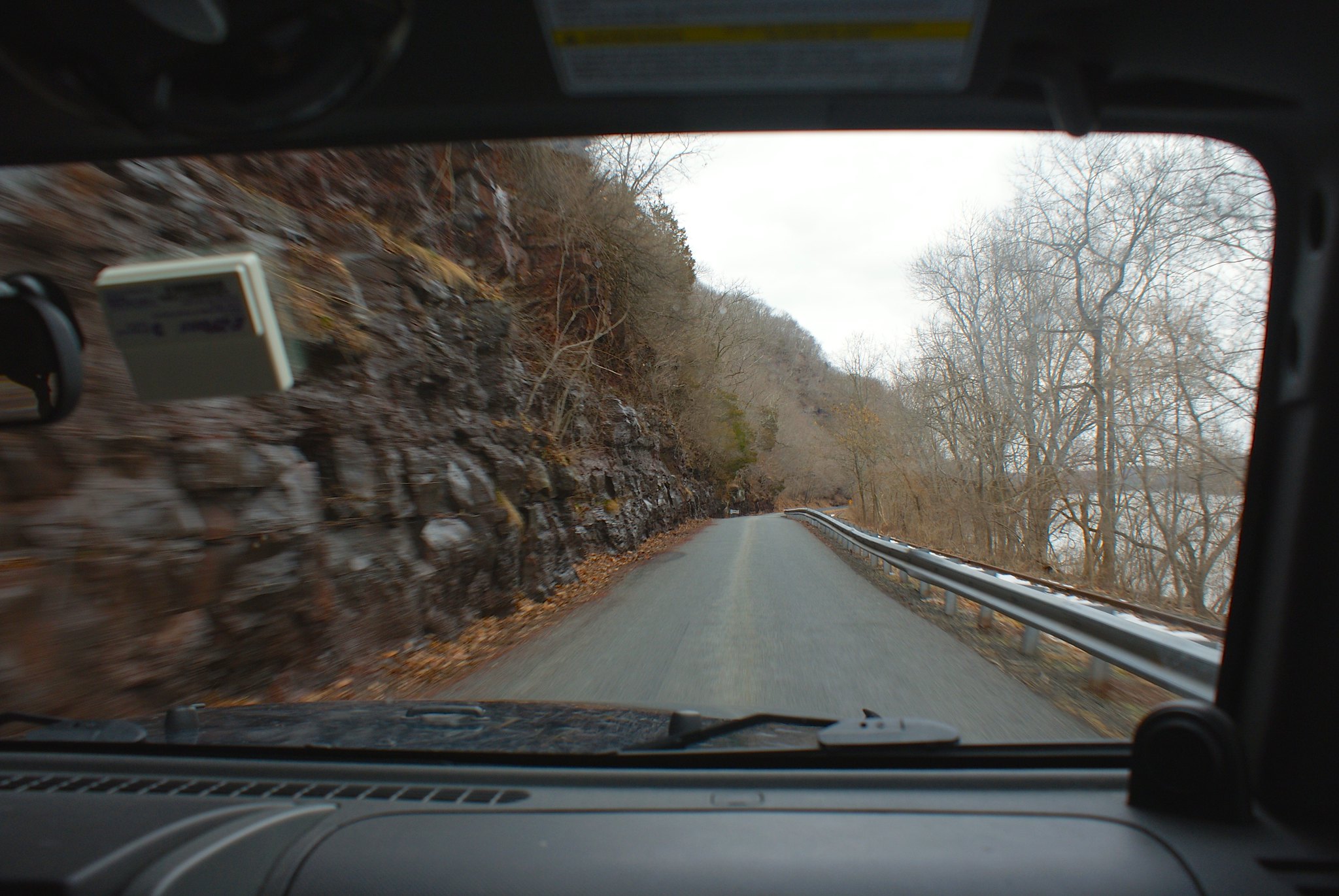 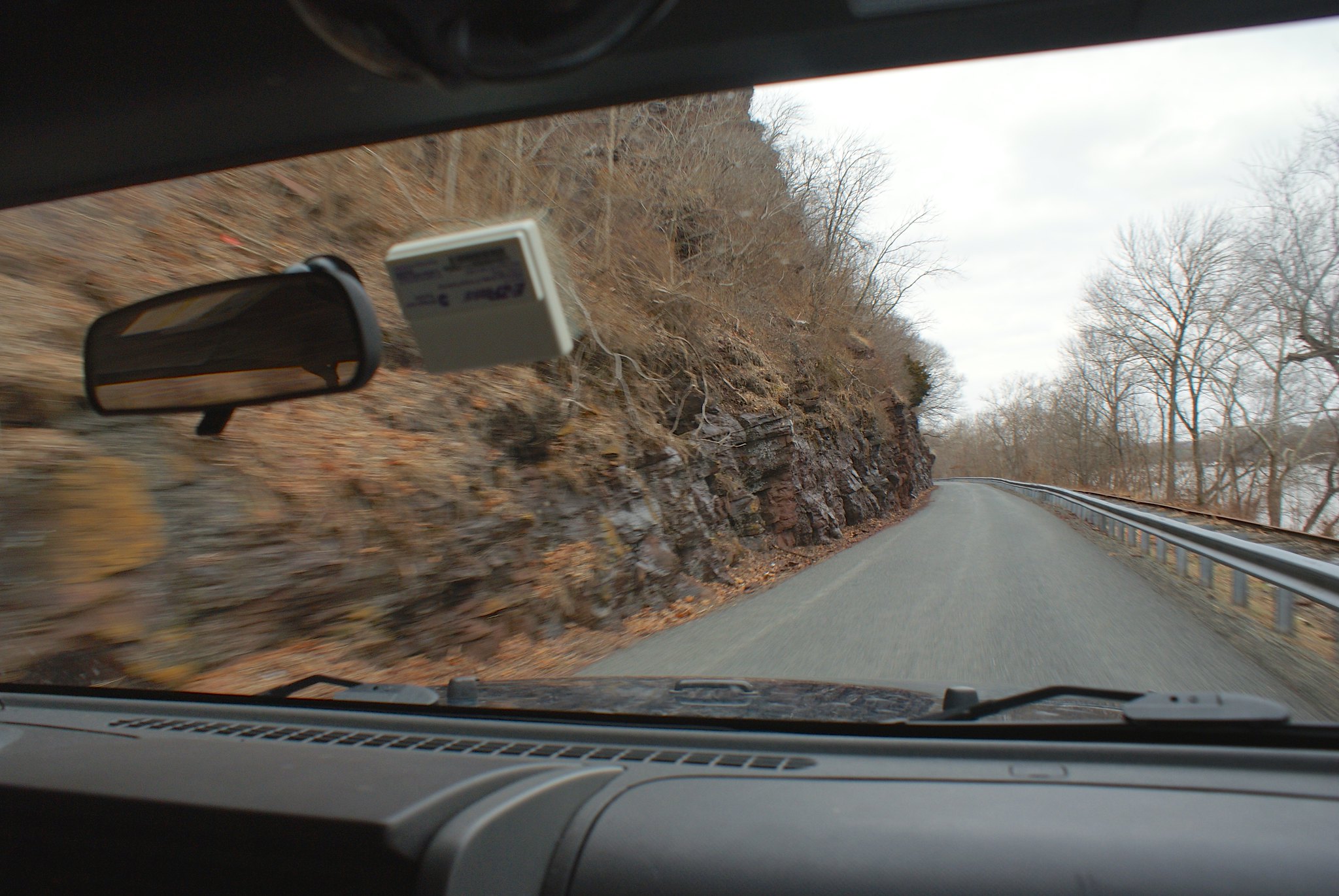